The meeting at our home base this month was occupied by ensuring the layout was ready to be transported yet again. October's gremlins appeared to be just that. The layout worked well in readiness for its visit to the one-day South Hants MRC exhibition at Portsmouth on Saturday 20 November which was well attended by both exhibitors and the public. There was a definate feeling of relief and sense of enjoyment at being let out, and good layouts too. 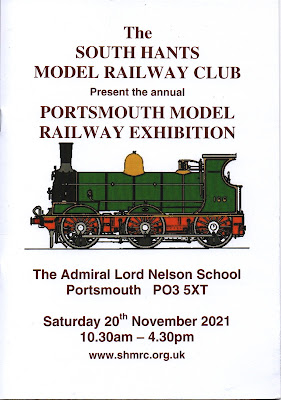 However, despite a faultless setting up on Friday, when it came to show time on Saturday, some sections of the track and some of the points decided to render themselves 'dead'. We struggled on with all too frequent nudges and interventions from above. Never the less there was much aprecation from 'those out front', the visitors. 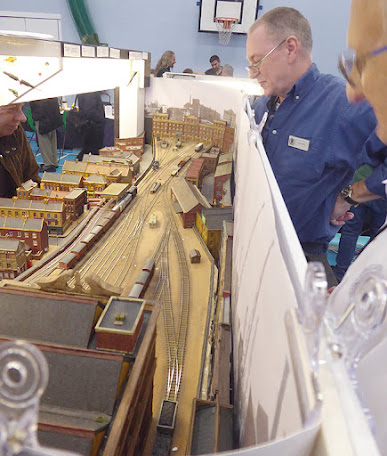 Alan and Pete enjoy a moment of trouble free shunting.

Apart from Lightermans Yard and Ropley, the 2mm Association was well represented at this show, Jerry Clifford fronted for the Association as well as demonstrating William Smith's Wharf (above) that can be joined to his Tucking Mill layout.

The frst layout confronting exhibition visitors was an intreaguing 4mm hexagonal layout operated from the open centre. Cooper Wort (below) represents the brewing industry in Burton on Trent in the early 1900s. 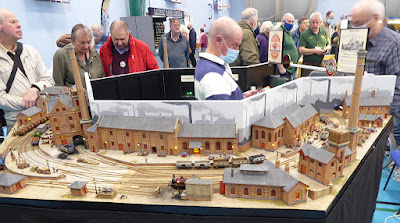 Back to Lightermans Yard; A view of the transverser and the loco of the month the unpainted 3F by Keith for the S&D layout that he and Alan are working on. 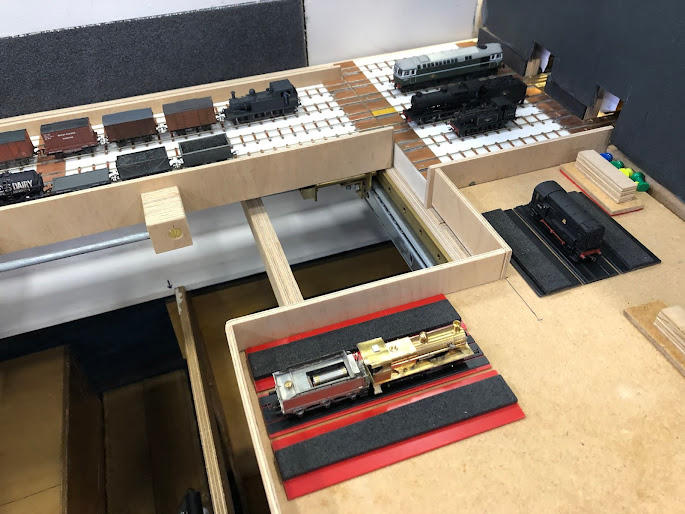 Posted by Lightermans Yard at 09:50