The regular monthly meeting date for October is normally a week out, the second Sunday of the month is usually taken up by the Model Railway Exhibition held in the church hall Willmington where we meet. The October meeting is normally held one week later. However, this year the 'home' exhibition did not take place, and the following weekend saw Lightermans Yard as a guest layout at the Croydon Model Railway Society exhibition held at Warlingham which took place on Saturday 13th and Sunday 14th. Arrangements were made and Pete K and Keith collected Lightermans Yard and transported and set it up at the Croydon show on the Friday evening. When left, all was functioning ready for the next day and the public. 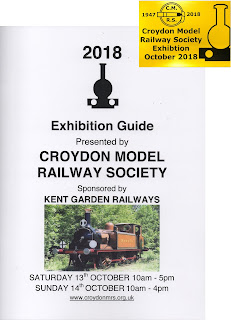 Croydon Model Railway Club Exhibition was held at Warlingham School and spread over two halls. There was a mix of layouts and models in different gauges, and club and trade stands. Attendance was quite low on both days. Lightermans Yard attracted a good share of interest, much of it directed at the scenic treatment.

Operating locos and stock started off well on Saturday with almost everything running to plan. Trains arrived and their wagons and vans distributed to the warehouse roads. The brake vans shunted and new trains formed, collected by trip locos - steam and diesel. Other yard operations were carried out, such as the milk tankers to the diary siding.

In general the uncoupling magnets behaved well at the beginning of the day, but manual 'hand of God' instances tended to increase as the day wore on. On one occasion one of the shunters was spotted taking up the rear of a newly formed train as it's trip loco vanished off scene!

Over the weekend the incidence of uncoupling failures increased, but we operators soldiered on. Apart from the suspected causes of the problem, we had problems with the loops on the DG couplings of recently introduced new/old stock (a job for the future).

By the end of Sunday, apart from experiencing a few other problems such as discovering the DCC controlers were malfunctioning (a suggested solution by the man from MERG) and most of the magnets had given up, an exhilarated but exhausted crew struck the layout into its's boxes and reloaded Pete and Keith's cars (in the rain!). 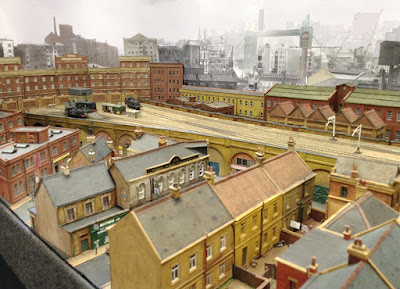 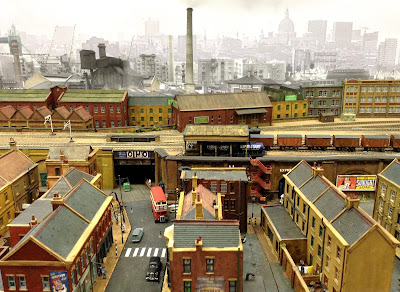 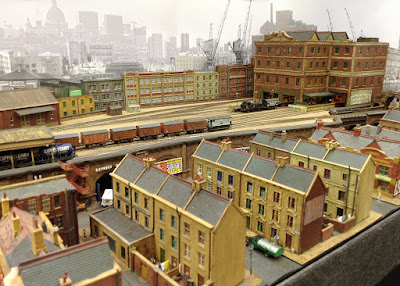 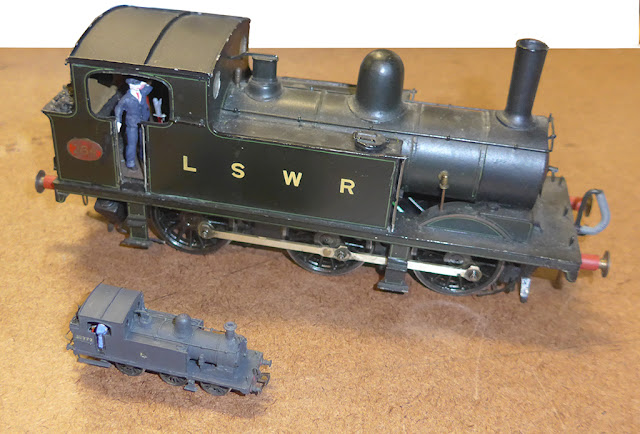 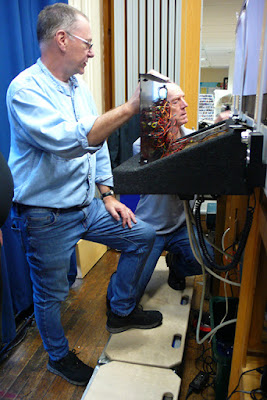 Posted by Lightermans Yard at 12:12 No comments: