Apologies for the late posting of this month's report. It's well known in the press that August is the 'silly month' when there is no real news. Of course, that is until you come to August 2020 when we are suddenly saturated with news, most of which we would prefer was not news.

We did meet as scheduled for a Zoom meeting on Sunday 9 August. However, we were a reduced cohort, so our news is somewhat short.

Alan Smith, in between supplying the 2mm shops, demonstrated progress on track laying for Evercreech Junction. 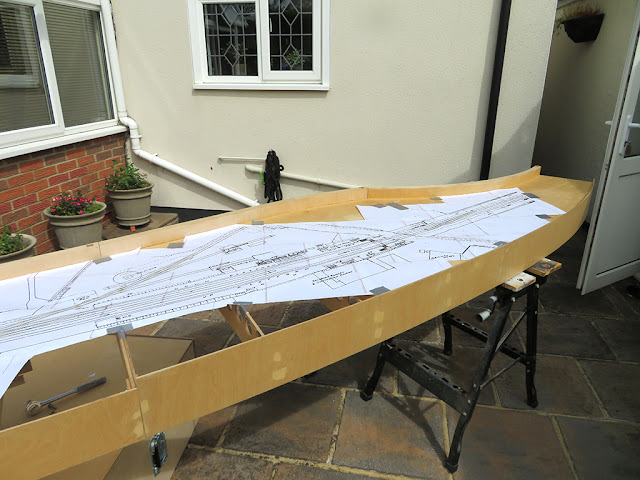 The photos of the layout show the 'new' plan overlaid on the baseboards. The 'new plan' was necessary as the first was unfortunately under scale. Special thanks here to Peter King for all his efforts with this, not only doing the plan once but twice!
The files have been printed off and pasted together or rather taped using many reels of 'magic' tape.
This gave best fit to the boards making sure that turnouts did not occur at base board joints.  The plan then being tacked and trimmed to fit base board surrounds, the plan was cut at board intersections so the whole lot could be dismantled. Further copies of the plan can be printed off and used for track construction. 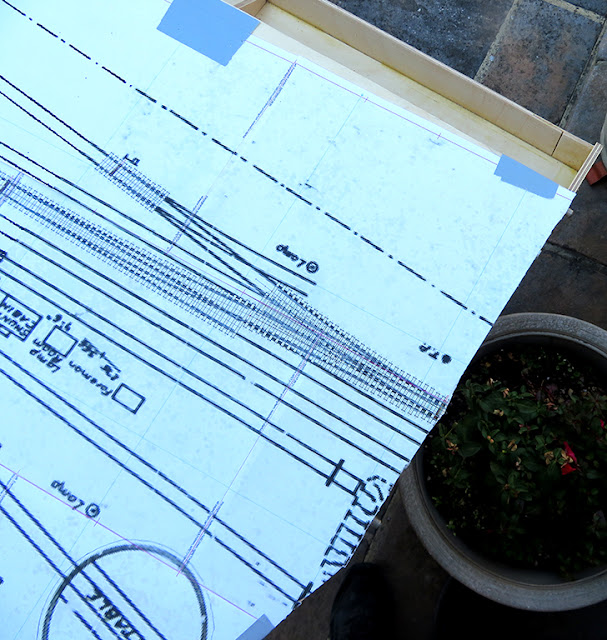 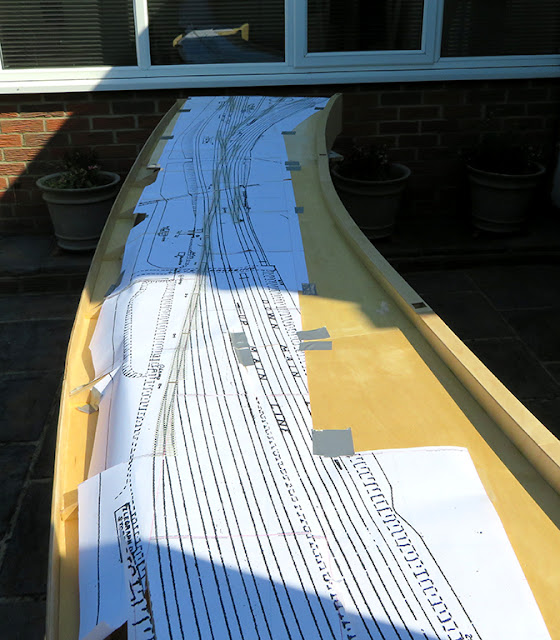 The south crossover has been made again this time I have used plain Easitrac chairs and sleeper strip. the crossings being fabricated from rail rather than being machined from solid. Comparison between the two systems shows that this is quicker than machining the base and crossing, or rather doing all the drawings that enable the parts to be machined. This system, as originally designed, is straightforward to use but for belt and braces I have added additional PCB sleepers and brass chairs at various points for power feeds and anchoring the rails. 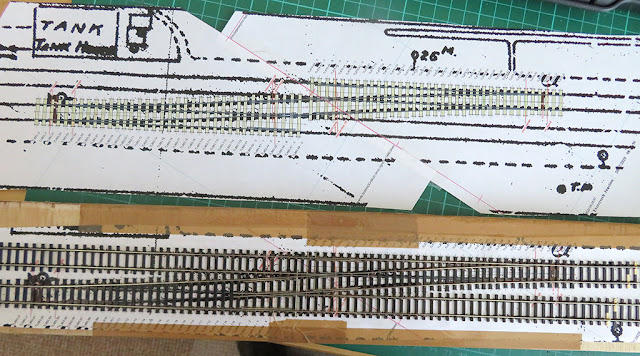 It was found that the crossover in its new form had grown from B10 to B12 in size.
Keith has been busy finalising the fiddle yard track work with just a few more switch rails to add. Further progress has been made fabricating servo mounts which will be gobbled up at a great rate in the fiddle yard and elsewhere. Current servo count is just over a hundred.
Better get a big power supply.......... 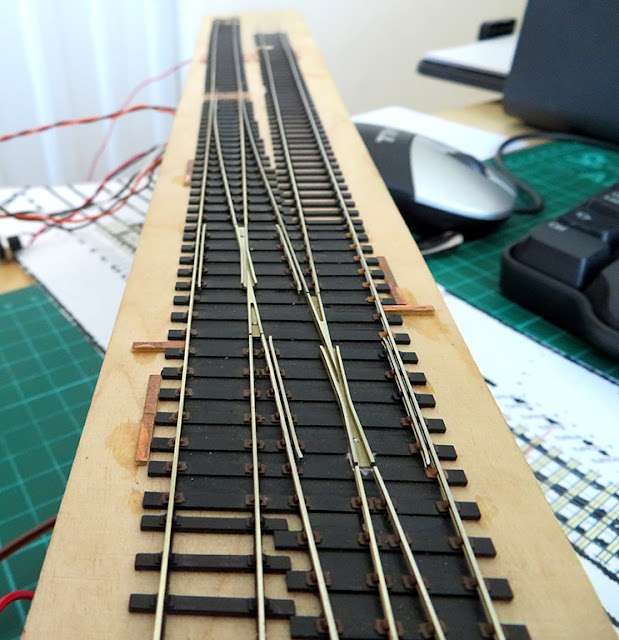 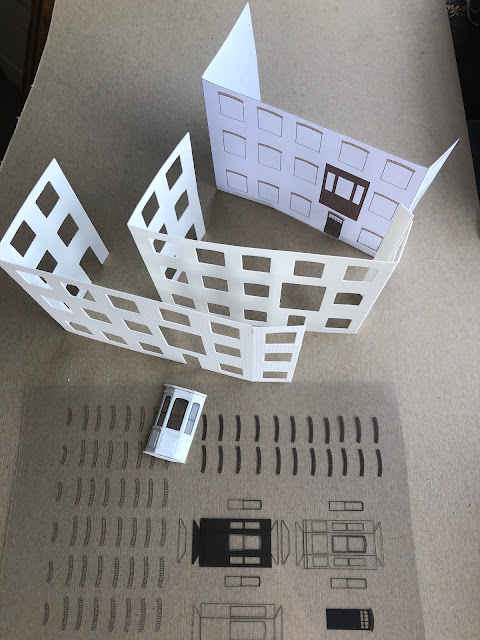 Richard Doust showed the continued work on an office building for his shipyard challenge cameo. Having given up on the scoring of brick work and particularly around window openings and including the arches over windows. The cutter just could not manage the required detail at 2mm scale. However, the window openings were fairly easily  cut from a vacuum formed styrene sheet of English Bond brickwork, the over arches being added from a thin plain styrene sheet. An inner match was cut from thicker plastic to strengthen the shape. The front of the building has a bay window above the office door (shown here but not yet in position). 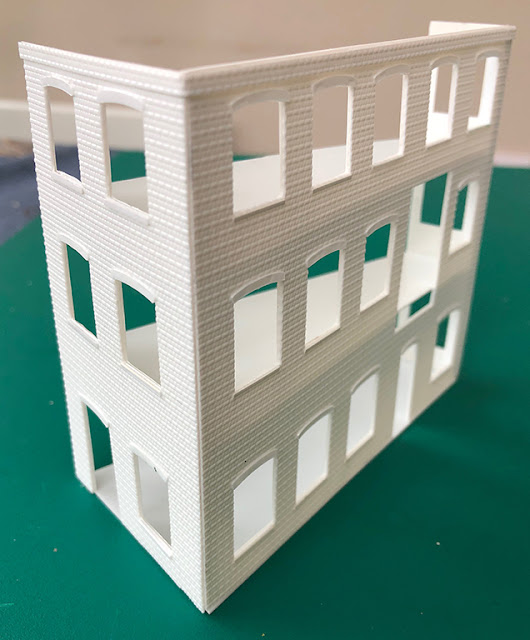 The building taking shape, with thin over window brick arches and sills in place. Also the floors making the building rigid. The last image shows the rendering of industrial brick work (tiled roof to follow, and the bay window and detail yet to be attached). The tapered shape of the building tmerges into the background and allows for track clearance. 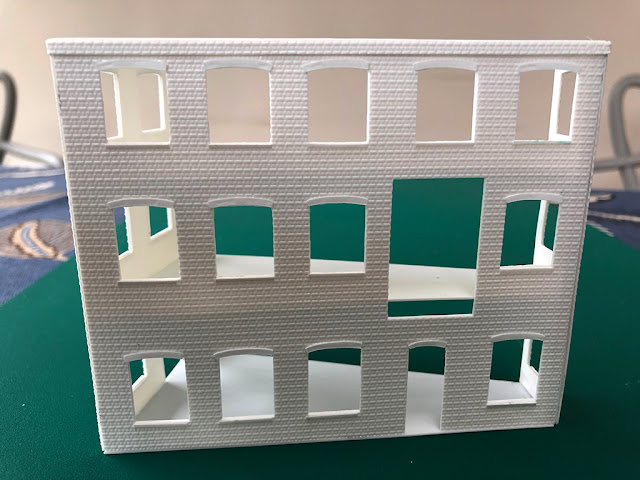 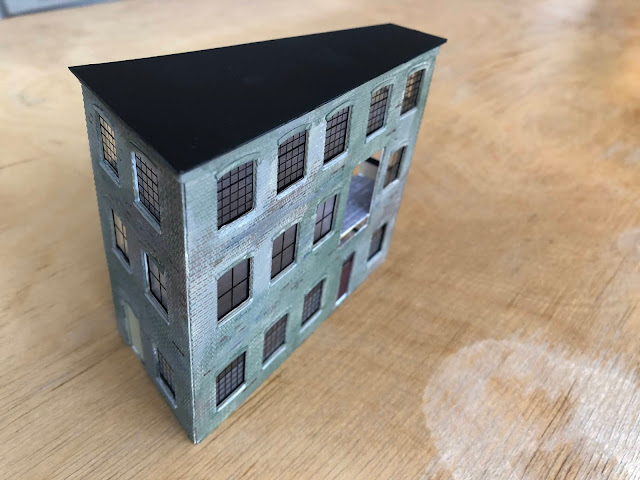 And lastly this month, another view of Leigham Road, from Pete Townsend. 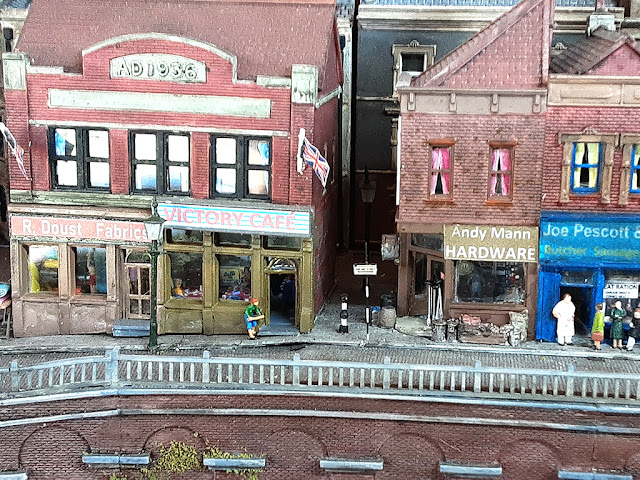 Posted by Lightermans Yard at 01:47 2 comments: