The meeting started with Alan distributing various electronic gizmos (decoders/stay alive units) that the group ordered as a bulk buy. This is all part of a master plan to improve running on Lightermans Yard. 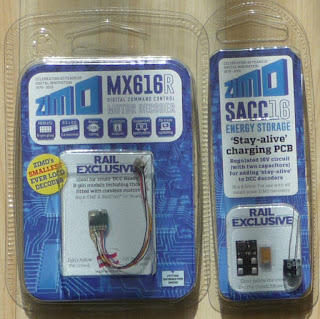 David showed us the progress he has made on his scratchbuilt South Eastern R1 which is destined to work on The Yard. David said there is some detailing to be done followed by the paint shop and then it will be ready for work. Sadly there was no water in the boiler (no motor) so we couldn’t see it running. 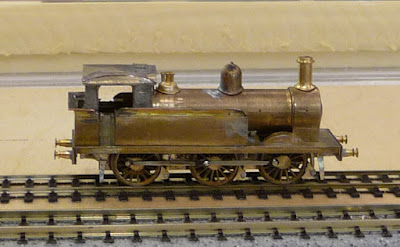 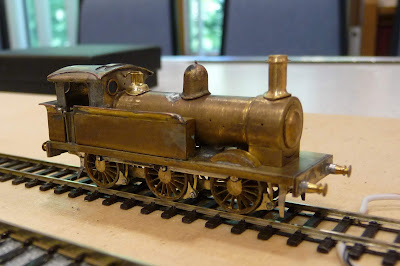 Steam was heavily outweighed by diesels at this meeting. Keith and David each brought along a class 52, more commonly known as Westerns. David’s was in BR blue with Keith’s being in maroon. David also brought an 08 shunter and Keith showed us a class 33 which will most likely be a trip loco for The Yard. 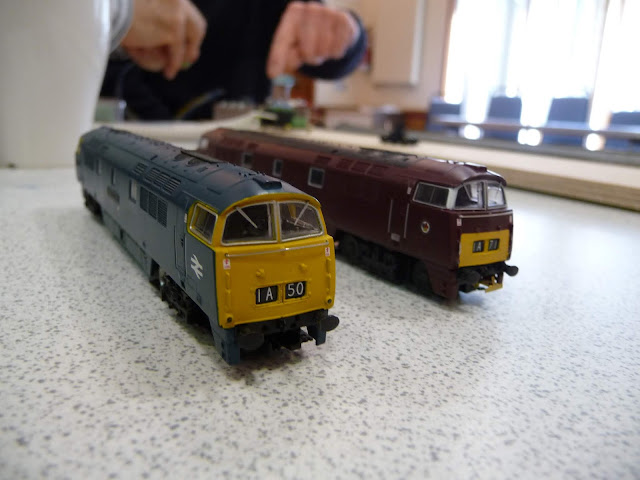 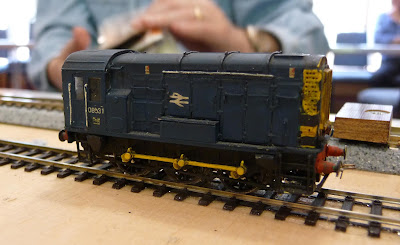 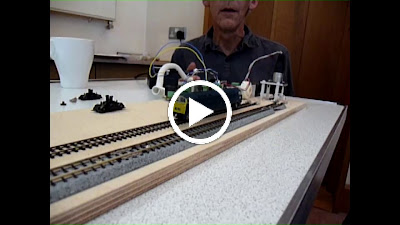 Keith explained how he had modified the bogie bearings on various diesel locos to help improve the contact areas and general running.

He then showed yet another of his ingenious jigs. On this occasion the jig was being used to align the bogie side frames and centre moulding to accurately drill holes for pivots to allow the bogie to rock fore and aft. 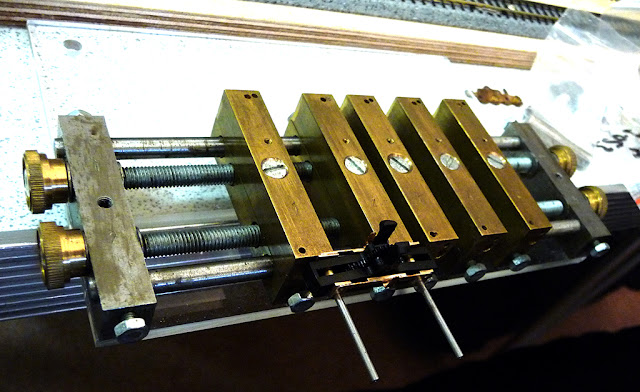 And so it was time for the dreaded trip to the loft to bring down The Yard for transport to Tutbury. Alan managed to take the bulk of the items and Keith took the rest.

The next KEAG meeting is the day after Tutbury so the plan is to take the layout straight back home.
Because of the proximity of the Supermeet and the KEAG meeting, the next blog will probably be a combined Saturday/Sunday one.

Many thanks again to Pete King for being long suffering blog editor. Meanwhile Richard was 'down under' and feeling slightly guilty, so decided to add some local Australian interest (or not?). 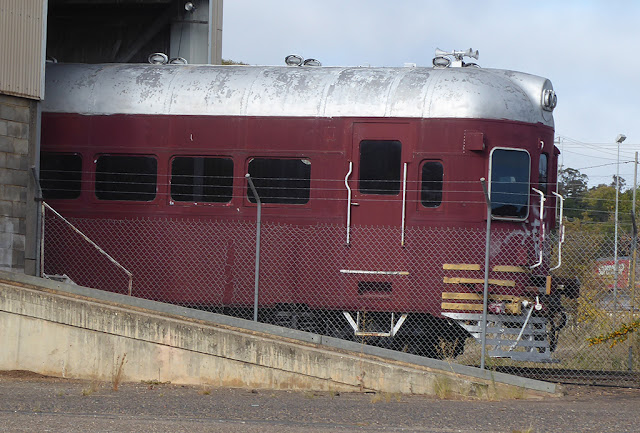 Spotted in Armidale, New South Wales; One of two preserved 620 class railmotor sets being prepared for mainline working. Below, Australian outline in 'N' gauge at Hearns Hobbies in Melbourne. They knew about 2mm Fine-scale and actually got the Lightermans Yard blog on screen during our brief conversation! 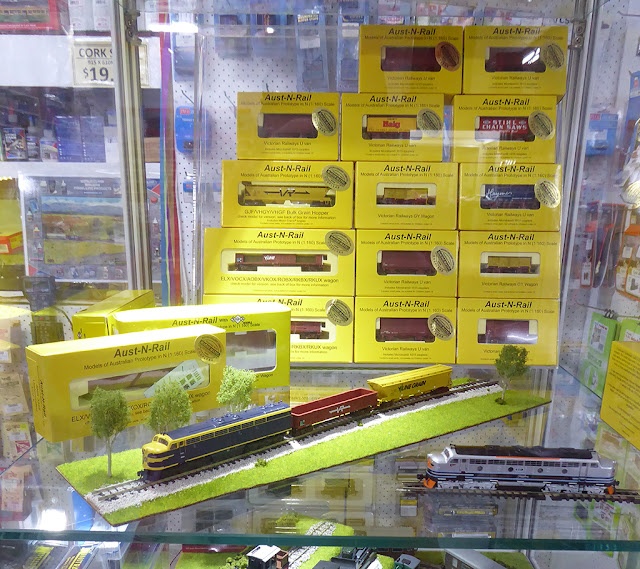 Posted by Lightermans Yard at 06:44 No comments: