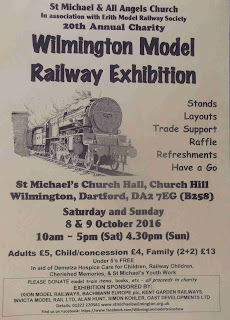 Next month's exhibition, which is concentrating minds on ensuring that the layout is working reliably.

Extended testing of locomotives, trackwork, and rolling stock revealed a few minor problems, all of which were successfully fixed. 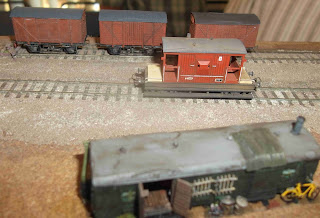 Also from Alan S, a couple of converted Farish locos, using the Association's "almost drop in" replacement wheel system. Jinty and 4F are not entirely convincing for a south London layout but a quick and simple way to get some locos running. 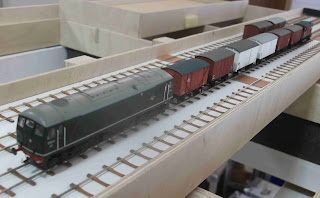 Keith's train awaiting arrival from the fiddle yard. The class 24 wasn't running as well as it should, the wagons were fine.

Some of the stock being shunted during the testing session. 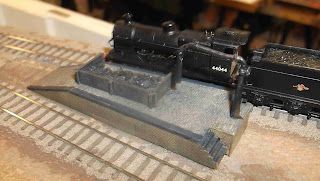 Work-in-progress - some of my contributions to the wagon collection (carefully photographed with strong rear lighting to hide their flaws). Some non-standard vans, to add variety to the mix. 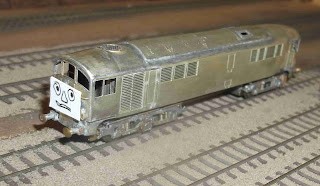 This month's improbable visitor - an unfinished co-bo by David S from a Worsley Works kit, apparently a friend of Thomas...? 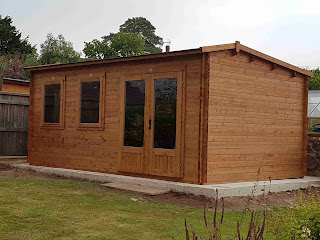 News from the Southwestern branch of the Group - a photo from Pete Townsend, showing his new log cabin (and future railway room).
Posted by David Walley at 12:46 2 comments: