Mostly preparation for the next outing - Epsom in April. 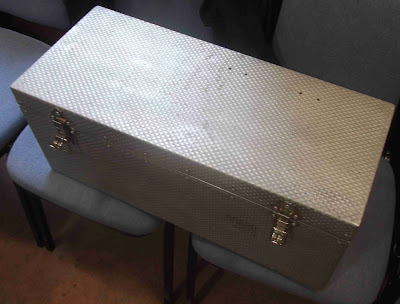 Alan S had acquired a fourth scenery box - rather smaller than the rest, but conveniently shaped to match certain warehouses that won't fit in the existing three boxes.

Optimum order of assembly of scenery and trackbeds was established, by trial and error, to be recorded in the forthcoming manual. 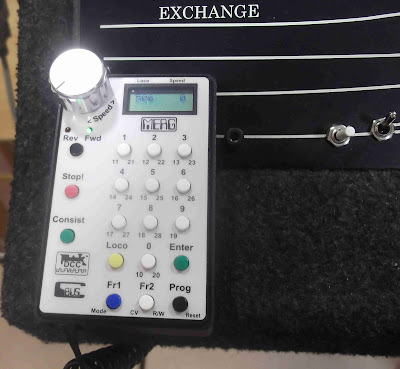 Keith brought along the MERG controllers bought and assembled for the layout. There was a fairly extensive running session, with the controllers approved by those who tried them. 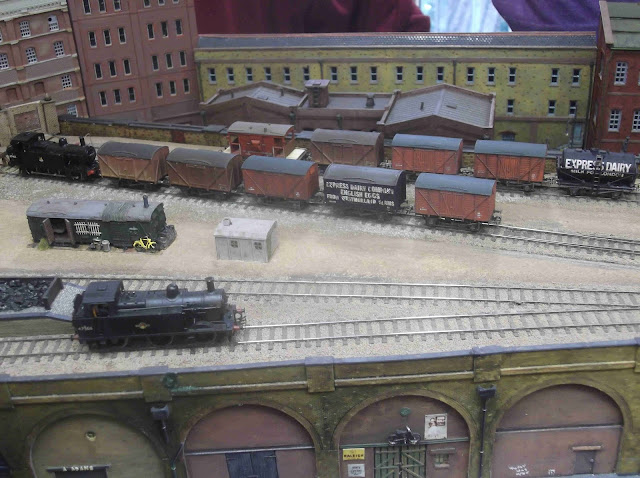 A couple of troublesome point blades were dealt with - at least temporarily. Trackbeds were taken away for more extensive treatment. 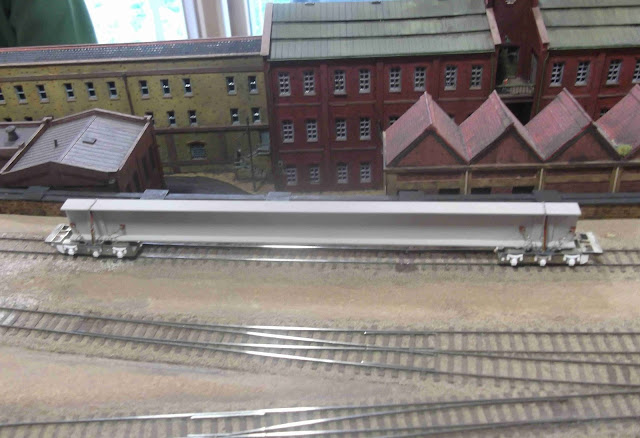 This month's implausible visitor - from David S, an ex-GWR heavyweight carrier with accompanying girder load. I think it's the Pollen E (diagram A7), originally 4 wagons, each with 3 axles, linked together and used initially to carry main guns for dreadnought battleships. Later it was split into 2 units, each of 2 wagons. 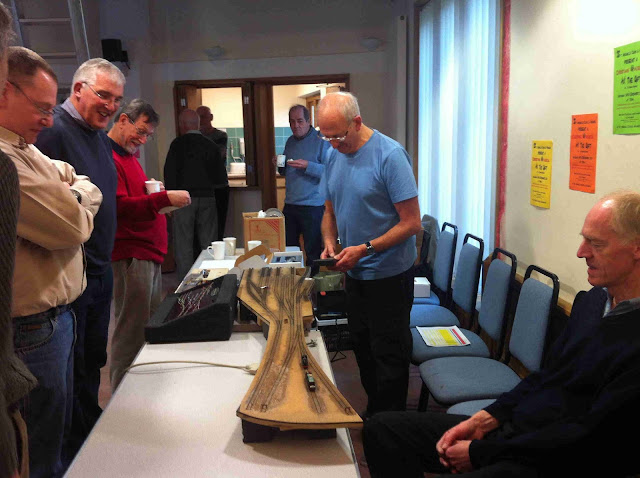 As this month's blog entry seems rather short, I have raided the archives again. Photo from Richard, before I joined. Back in those days assembling the layout looks so much simpler - no scenery, no legs, no lighting rig, just grab a couple of convenient tables ...