Various aspects of the track work was the main focus of this meeting, so the track boards were assembled and connected for test running.

A major point of discussion was over the track terminations within the large warehouse, at the moment these end with brass blocks. Pete Townsend who is currently completing the warehouse in Somerset, has raised some questions about the interior and suggested terminating the track with brass sleepers. After some discussion it was decided that the brass blocks should remain. Pete also suggested that access to the warehouse interior should be made via a flap in the back scene to rectify any derailed rolling stock. It was considered that as a derailment within the warehouse would seem to be very unlikely, lifting off the structure would be simpler, especially as 'the hand from above' would be seen rectifying running problems on the exposed part of the layout.

There were further discussions regarding several uneven spots on the track, including a dip that tended to lead to unscheduled uncoupling on one of the back roads. Several isolation cuts were also made near buffer stops.

Much of the track bed and yard areas remains without ballast or general cover. Although we appear to have got away with it to date, we felt that fairly urgent attention should be applied to finishing off the exposed areas. 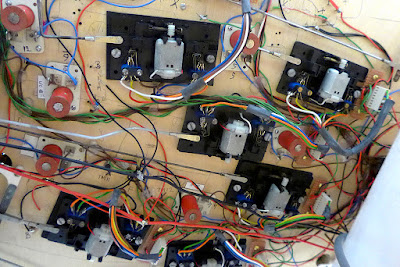 A look at a section of the underside of the layout that shows some of the original and new wiring to point motors and uncoupling magnets that resulted from rewiring the layout form analogue to DCC. 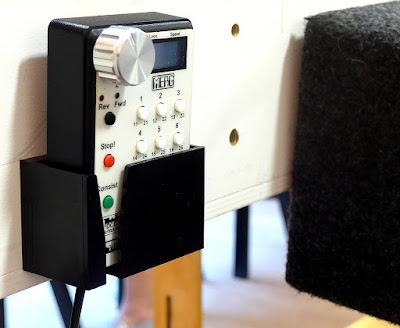 Alan S added three cradles for the MERG controllers. One either side of the control panel for the exposed part of the layout, and one for the fiddle yard operator. 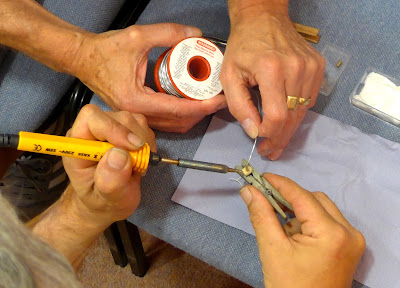 'Many hands ....'
David S and Pete K modifying the base plates of David's loading gauges in preparation for their locations. 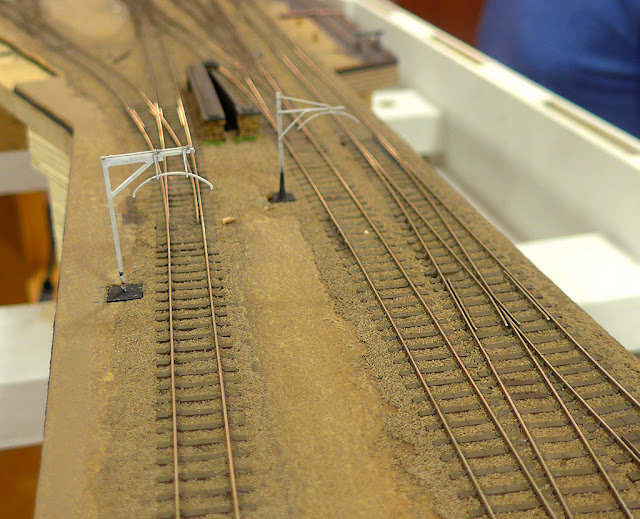 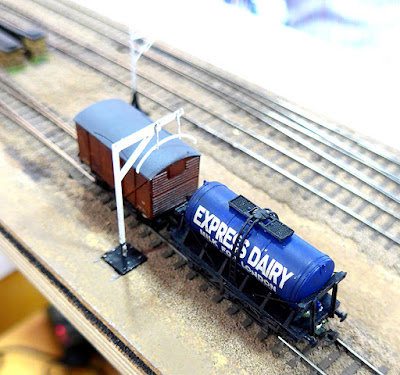 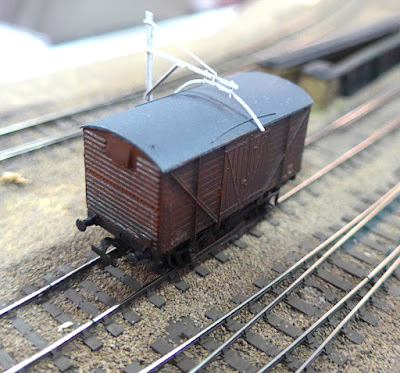 ...but this one required a bit of extra raising. In fact the loco took it away!

Further discussion looked at a 'N' Brass Peckett 0-4-0 industrial saddle tank loco kit that Richard has bought, hoping that it will be a suitable 'starter kit'. Lots of advice offered and progress may be a blog or workshop subject for future meetings.

Mark Fielder has produced a rmweb blog on his construction methods for this loco, which will be a great starting point.

Keith produced one of his jigs for preparing side frames and gearbox, as always beautifully engineered! 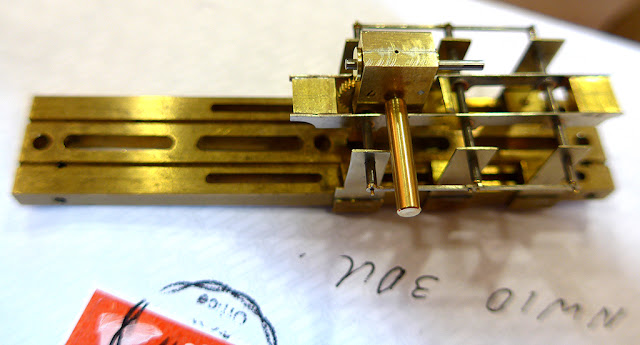 Posted by Lightermans Yard at 09:29 No comments: