This month's meeting was disrupted by bad weather. Those from Kent and from just north of the river made it, but the North West London contingent was snowed and iced in! As a result there was no camera available to capture the event.

Pete K provided a short report, and a plea for pictures of mentioned models produced a couple of workshop images from Keith. (still time to add more)

Keith and Alan both brought along partly built Somerset & Dorset 7f locos they are working on for a joint venture of theirs. David Smith brought along a Bob Jones Black Five that he is building. David’s loco is just about ready for the paint shop “once the weather warms up a bit”.

As someone remarked, the table looked like Barry scrap yard with all the loco bits and pieces everywhere.

The “N” gauge lads said they had been rattling around in the meeting hall for the last two months without us there. Nice to know you’re missed! 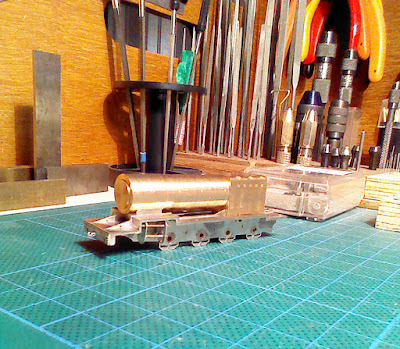 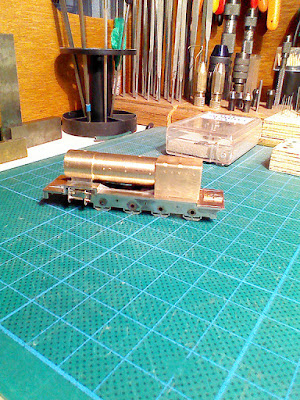 So to blow our own trumpet a little, a round-up of our most recent exhibition triumphs; 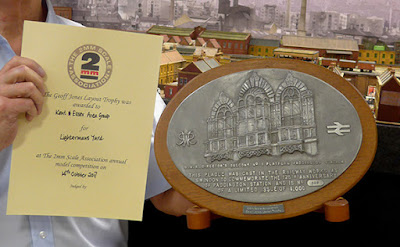 At the Farnham show we were judged by the public the second best layout in show, and at the 2mm AGM we were surprised and delighted to be awarded the Geoff Jones Layout Award (left).

At the Uckfield show we became the first winners of the Keith Nock Trophy (above), voted by fellow exhibitors. We also came in second best layout in show, by public vote.

At Farnham/AGM we introduced the missing building. Pete Townsend had heroically taken the task of completing Berisford's warehouse away to Somerset allowing us to operate a more realistic train distribution and assembly. 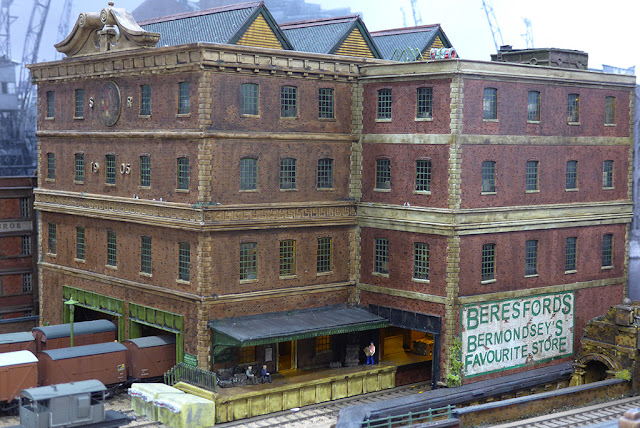 As a festive contribution, here is a 3D rendition of Lightermans Yard. You will need red/blue 3d glasses (remember those?). 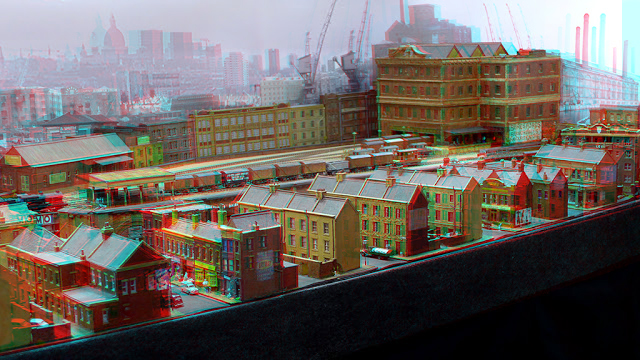 Thanks to this month's BRM for the inspiration, glasses provided with the magazine. You can easily make your own; link here and here