May is the first anniversary of our monthly meetings in cyberspace courtesy of Zoom! On the whole these meetings, shortened to 40 minute online get togethers, have been interesting ventures into the modeling we been doing during lockdown. From track laying, rolling stock building and RR conversion, cameo layouts to DCC point motors and tool manufacturing.

There is a strong possibility that face-to-face meetings will be possible again within a couple of months. We are long overdue for putting Lightermans Yard together again. The layout has spent the last year separated north and south of the river.

The video clip of Lightermans Yard has now had movie action added (kindly contributed by Ian Morgan) and edited into the slideshow. The final version has been sent to Railex who are very pleased to have it for their Virtual Railex exhibition. 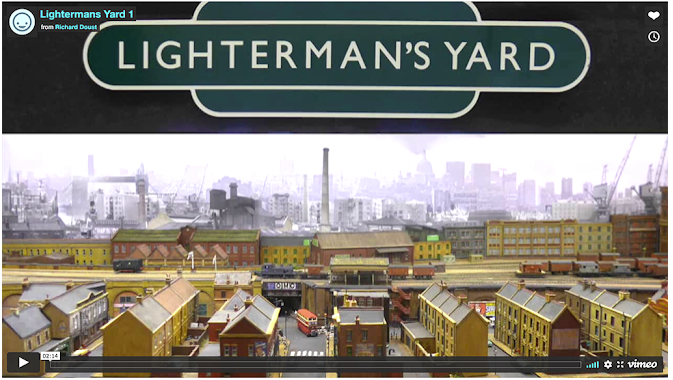 To watch the final version on YouTube click on the image above, or use this URL in your browser; https://youtu.be/ahWfQf5POI8

Alan Smith: Modelling!! has progressed slowly however progress is progress. I mentioned last month my mini drill had broken and despite many web visits I could not make my mind up what was a good tool to buy. So I bought a replacement chuck and I am now up and running again.
One of the tracks through the station has been laid in and stuck down I CNC machined a plastic template to aid the curve through the station so the track should now match the platform edge. The central track between the main running lines is very tight, not giving the 'six foot' at the buffer stop end. I hope to make some 'six foot' gauges to set this correctly unless the S&D broke the rules and had tracks less than six foot apart on main running lines. This may effect the other running line in that it may require moving a couple of MM.
Point blades have been made and a little more progress made on the 3 turnouts but I needed my drill to work on the holes for the droppers and track feeds. 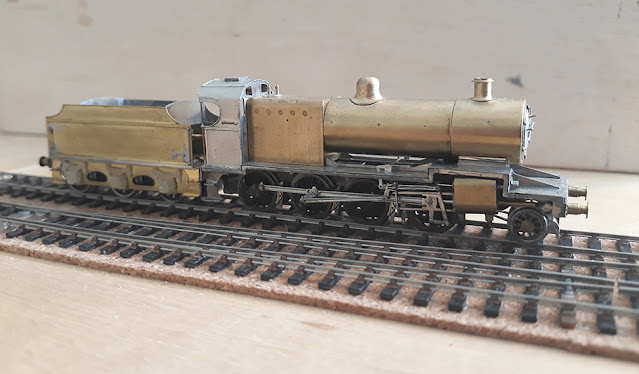 Another visit from Alan's 7F  (loco of the month).

Alan claims not to have much to show for this month, however, a lot of Association work has been done. The tooling Alan showed last month worked out and the shops now have stocks of the 16T mineral wagon. From this run he collected the tooling and made further parts and modifications to take a whole bunch of further tool plates. At present these are still with the moulders.
As there were 4-5 kits to 'shoot' and the bank holiday he doesn't expect to see anything for a week or so. Work has continued on jigs and parts for the shops a lot of this is now packed and ready.

Richard Doust; Some progress is being made on the shipyard cameo, mainly on the buildings, now to be painted. Tom Cutting is starting on the track. 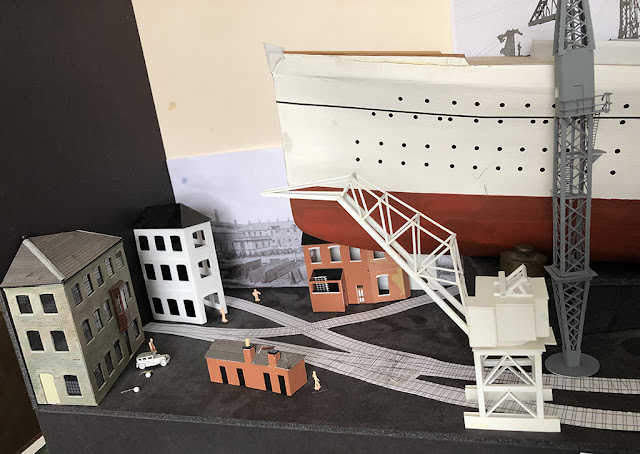 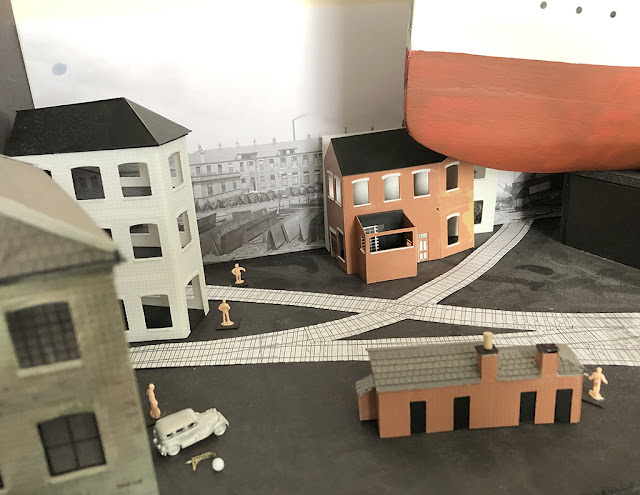 Pete Townsend: Another image from Pete's layout, 'A busy morning at 'LeighamRoad' (below) 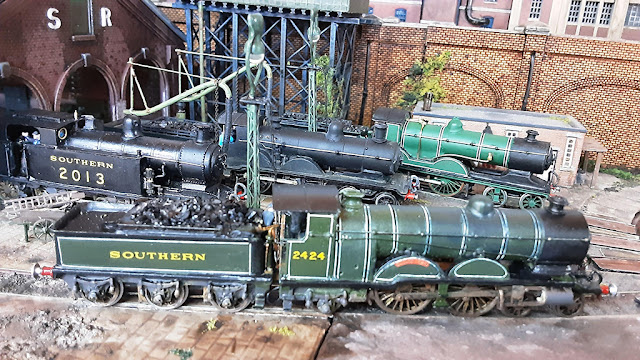 Posted by Lightermans Yard at 15:52 No comments: