This month's meeting turned out to be an history lesson as those present scoured their collective memory on how and when Lightermans Yard came about and how it developed into the layout we now proudly exhibit.

Our first piece of concrete evidence comes in five multi page photocopied and unedited newsletters called 'The Loading Gauge' initiated and collated by Andrew Cox, with contributions by other SELAG members and friends. Number 1 is dated June 1992 and contains editorial, meeting reports and illustrated advice on files. This was the pattern for the subsequent issues. 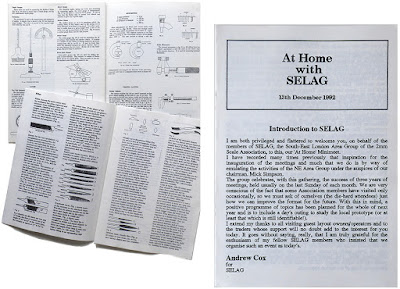 A leaflet 'At Home with SELAG' dated 13 December 1992 celebrating three years of previous meetings and suggesting there was an exhibition (there were 15 members). It also described a number of members' layouts, possibly those shown at this 'minimeet', and includes names and layouts of some current KEAG members.

In an effort to establish a group project, Andrew Cox suggested a layout to which everyone could contribute. The design chosen was based on an Ian Rice  design, 'Cannonsgate Goods'. For some time this consisted of track boards and an ingenious cascade DC system of which Andrew was the master. After he retired from the group, a decision was made to rewire the layout to DCC, and the conversion started around 2010.

Since then, and with the collective support and contributions of the current KEAG members, Lightermans Yard has developed into a working, fully scenic, exhibition layout which has scored highly with visitors and other 2mm Association members.

One of our next tasks is to establish a running schedule, with operator responsibilities for train movements better established, particularly at exhibitions.

Howard bought in some Mathieson wagons and Dapol milk tanks to discuss re-wheeling them to 2mm scale standards. Included in the discussion was a tool made by Keith to enlarge the axle housings on commercial N gauge chassis to take Association 'tophat' bearings and pin-point axles. 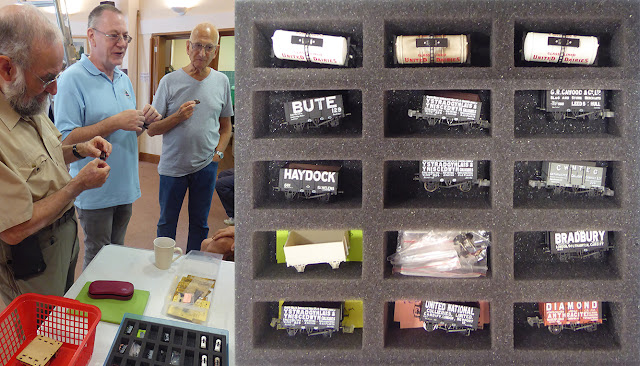 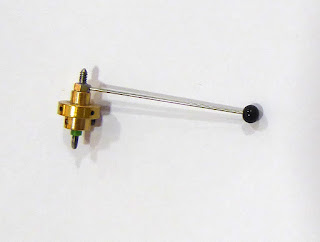 Above Mathison wagons and a Dapol milk tank, and the axle tool for tophat bearings. We also marveled at the private owners' printing detail on the Mathison wagons (and a blank wagon for DIY). Below Howard's van and chassis etches, many hours to complete! Everyone should own up to a box like this.... 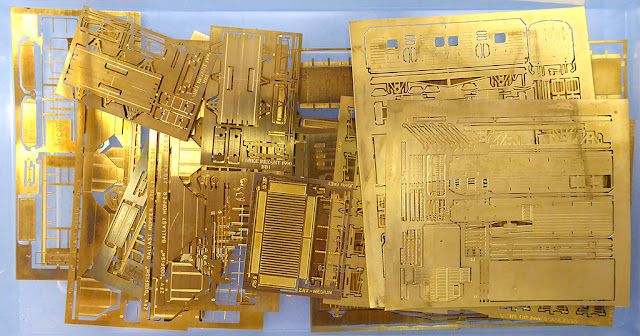 The next topic was the track plan for Evercreech Junction, the scenic section of Somerset and Dorset layout (work in progress). Previous blog entries - March 2019 -  have shown the extensive running and fiddle yard track bases - there won't be much room for anyone else when and if this is setup in the hall. Pete K has been working on the Templot templates to match the scaled period track layout. The geographic map detail shows much of the scenic surround too. 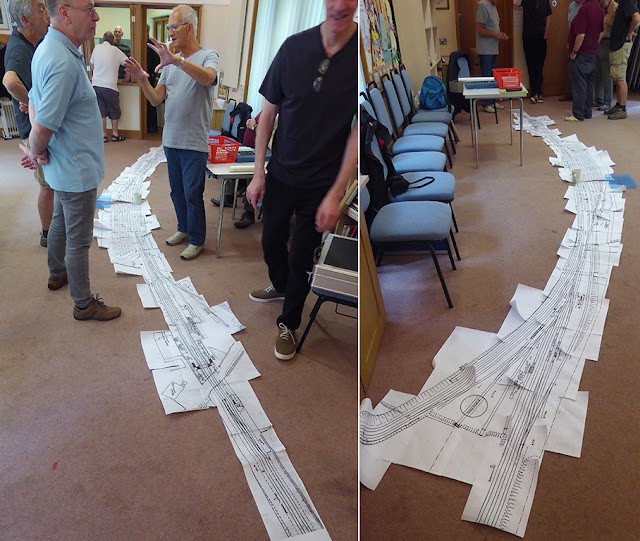 Posted by Lightermans Yard at 09:36 No comments: