Lightermans Yard travelled to Bournmoor Co Durham to take part in the celebration of 35 years of the North East Area Group which was well attended by 2mm Association members. Four from the Kent & Essex Group, Pete K, Keith, Alan S and Richard, were joined by our West Country and Yorkshire honorary members, Pete Townsend and Tom Cutting - quite like old times! The layout arrived in a hired van, thanks to Alan, Keith and Pete, and was quickly unpacked and up and running. 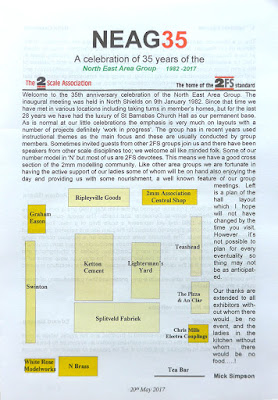 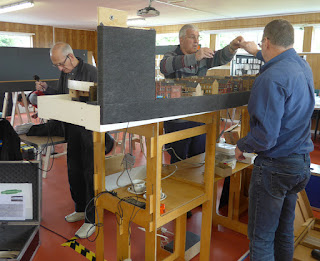 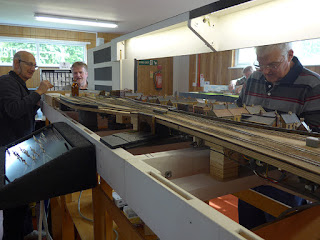 (above) Mick Simpson prepared a leaflet for the day with notes on each of the exhibitors and traders.


Setting-up is becoming a well
practiced process. Here, with the
support of our West Country
honorary member.


Trackbed and some of the scenics in place. 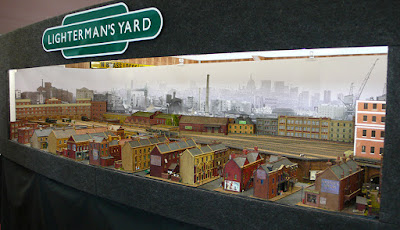 Ready for operation and viewing. Revised backscene in place. 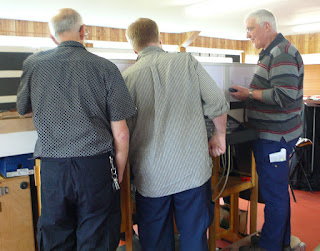 One of the operating teams in action; Pete K, with Tom and Pete T getting the feel of the new MERG controllers, the layout having recently been converted to DCC. 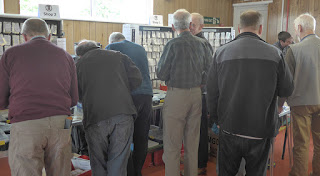 The Shop doing a brisk trade and (below) Mick Simpson announces the lunch arrangements - in three sittings! 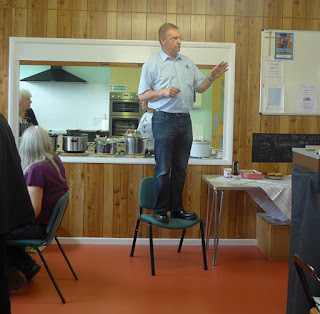 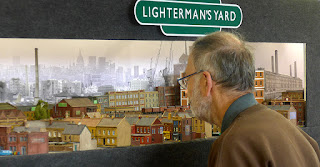 Legend has it that when, about 25 years ago, Lightermans Yard was in its planning stage, the then Kent & Essex team lighted on 'Cannonsgate Goods Depot' a small finescale shunting layout designed and illustrated by Iain Rice in his book 'An Approach to Model Railway Layout Design'. Here is the man himself confronted by an interpretation of his original concept (below).

The Lightermans Yard track layout has followed the Cannonsgate plan, but the buildings and street scenes (mostly the work of Pete Townsend) play a significant role in placing the layout in the South East of London, a view re-enforced by a photographic collage of the London skyline depicted in Richard's back scene. 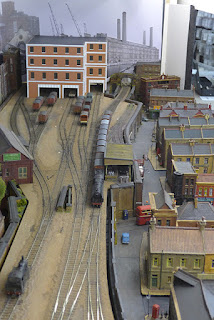 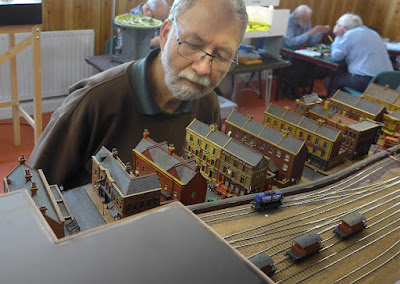 Iain takes a closer look at the detail in the street scenes. 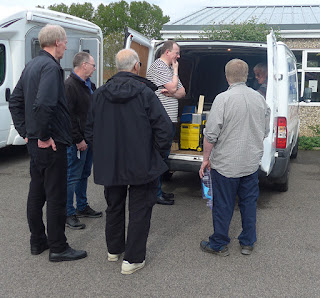 
Posted by Lightermans Yard at 16:23 No comments: 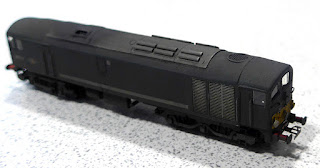 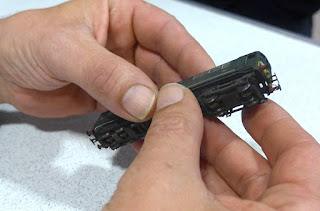 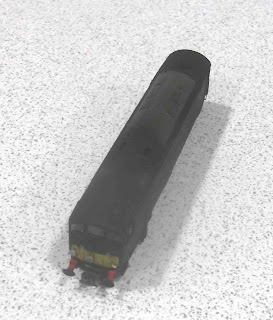 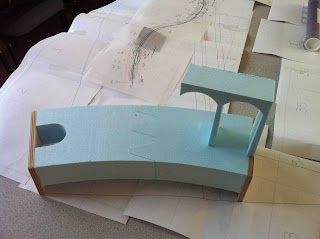 Posted by David Walley at 23:51 No comments: