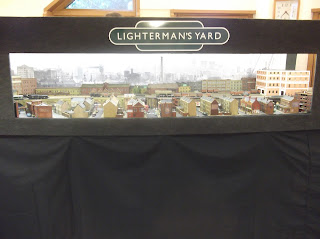 Assembly of the layout was well in progress when I arrived at about 7.45 on Saturday morning, then slowed somewhat as all the various scenic sub-boards were carefully slotted into place.

By opening time (10 am) everything was up and running, and early testing confirmed no major problems. 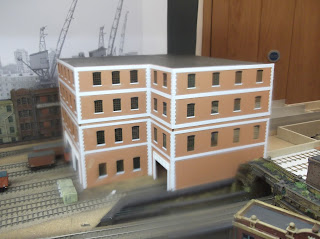 Alan Smith's warehouse (latest incarnation) made its first appearance on the layout. 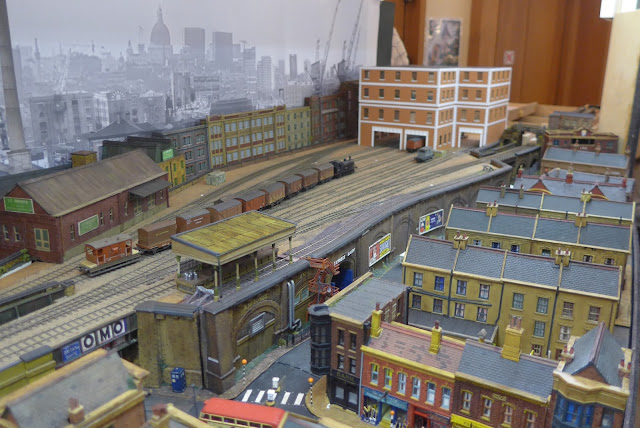 A good overview of the right hand side of the layout - next outing should have the backscene extended to fill the gap. 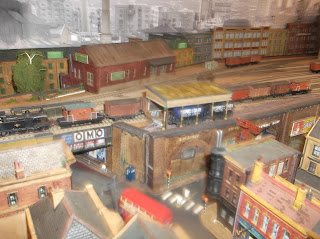 Another train arriving, adding a few more wagons to keep the shunters occupied. 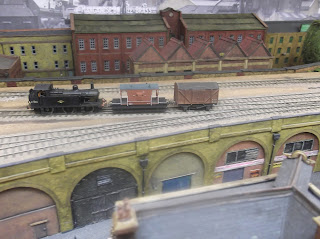 The design of the layout severely restricts length of trains - loco plus five wagons maximum. 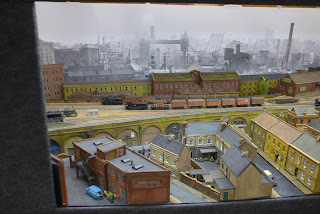 More intensive shunting - both of the Jinties in operation. 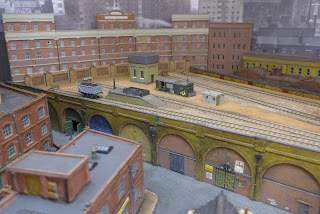 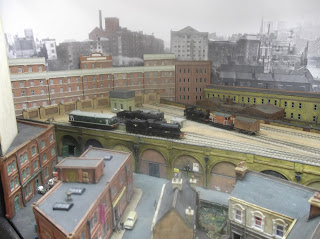 Topping up the coaling stage.


Some of the loco roster.

Class 24 diesel and Q from Keith, 4F and Jinty from Alan S.

Eagle-eyed viewers may spot that the top of the water crane is missing - broken in transit and awaiting repair. 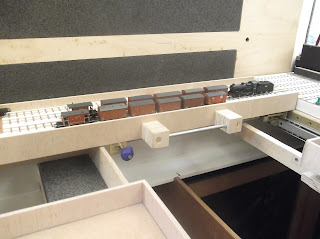 A peek behind the scenes - trains formed in the fiddle yard/traverser, waiting their chance to add to the wagons in the yard. 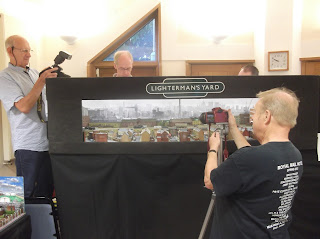 A serious photography session before opening time on Sunday morning.

Unfortunately none of the fruits have yet made their way to the blog... 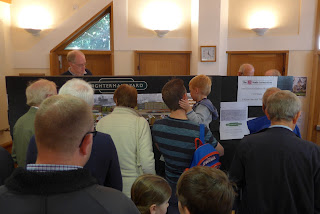 We were in a separate small hall, away from the main hall and the church, so the crowds of spectators were never overwhelming.

Most were very appreciative of the layout, particularly the front scenery, and we kept a few of the younger viewers busy trying to find all the pigeons.