The focus for this meeting was the upcoming Croydon MRS exhibition at Warlingham on 13-14 October. Our main concern being transporting the layout.

The Willmington show, which would have normally taken place on the second weekend in October, is not taking place this year. It normally displaces our regular meeting schedule and usually moves our meeting for that month forward a week. We were able to agree with our 'N' gauge colleagues to have the meeting on 7 October which is more convenient for transporting Lightermans Yard to exhibition.

We set up and tested the layout in preparation for the exhibition and hopefully eliminate any electrical glitches that might occur.

We also checked the scenery boards which provides an excuse to indulge in some of the backyard detail, including the hidden street under the bridge 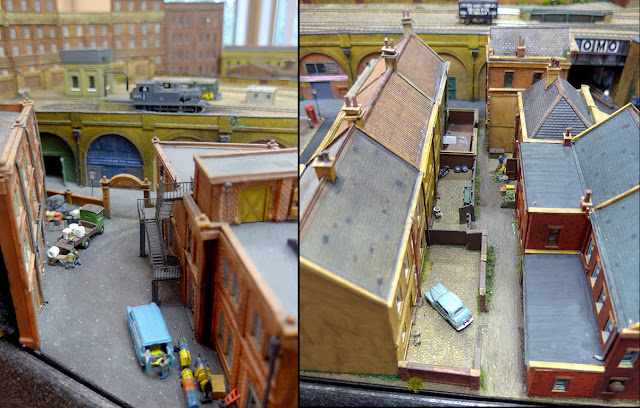 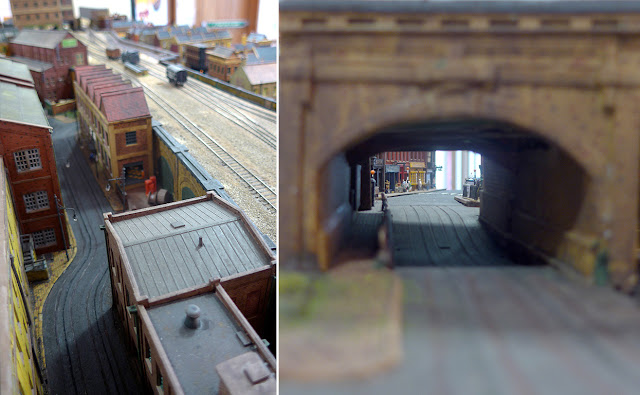 For the November meeting, we decided on a masterclass/workshop on locomotive chassis construction and conversion. The probable first candidate will be converting a Dapol Terrier to 2mm finescale. (11 November).

As promised a plaque has arrived from the Uckfield exhibition acknowledging Lightermans Yard being the first winner of  the Keith Nock Memorial Trophy. Also we have to return the Geoff Jones Layout Trophy (below right) awarded at the last AGM by the 2mm Association for best layout. 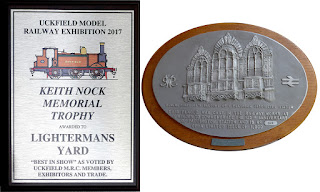