This month we again met, in what seems to be becoming the choice for several 2mm Association Area Groups, to hold a virtual meeting using Zoom. Whilst we all miss the 'real world' contact of face to face discussion and the close-up inspection of 'real' things, zoom does maintain an air of normality. Here is an account of our second such meeting on 14 June.


Alan Smith: Along with the 7F's for Evercreech we shall need 4F ,3F and 2P class locos. Fortunately Nigel Hunt Does a nice kit for the 2P. I thought along with the bits I have made for the 7F, I could make similar parts for the 3F and 4F to form a sort of kit. These parts show what I have made so far, although still at experimental stage I think it has a fair bit going for it. 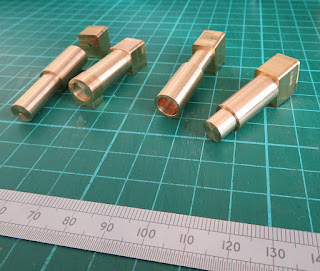 All of these locos will need various fittings chimneys domes etc and these are shown in further shots.
A blank is made with a cut out to match the diameter of the smoke box. This is then positioned in the lathe and the program run. This forms the basic shape of the chimney. This is then mounted on a mandrel and the base of the skirt is milled whilst being rotated in the jig. The jig has a pointer that locates against the base of the chimney as it rotates the chimney is automatically moved in and out forming the skirt of the chimney.This idea was shown in the magazine many years ago. 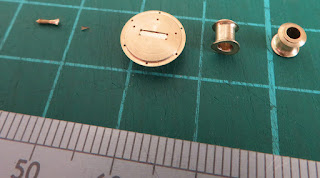 Once the machine program is sorted it only takes around 3 minutes to make a chimney. The second operation is done on a second lathe where the skirt is machined around the base. All in all the process is quite quick and every chimney is the same.

Further shots show a little experiment on brick and stone work for buildings on ECJ. Looking at many types of commercial stone sheets they all proved to be too large for that required. An evening on the computer made the basic engraving shown here. I feel better results could be had by machining the brick and stone separately thus forming more relief to these surfaces, the windows will of course be machined out and relived further. I have done earlier experiments making buildings this way and they proved to work reasonably well.

The last shots are of some wagons, these were painted last year and still require numbering and lettering. Note to self, 'get your finger out'

Howard Watkins: A welding light adapted by Howard and intended for the shipbuilding cameo under construction by Richard for the 2mm Challenge next year.

The Welder is based on MERG's PMP8 "Multi Purpose Flasher" but built on a PCB rather than stripboard. It has a blue/white LED to represent welding taking place; this comes on about every 15 seconds and is accompanied by a glowing red LED. I mounted the LEDs on long LED holders to make it easier to get the LEDs as close to the action as required. It is powered by a 9V battery


Richard Doust: A home made spray booth, a simple wooden construction. Additional requirements are a replaceable filter gauze - sold by airbrush suppliers and some art stores, sandwiched between cardboard and preferably angled away from the top of the platform, and a turntable. Most important is a powerful fan. Initially I bought a Chinese sourced extractor fan but this was not neatly strong enough. Eventually I remembered a window fan I had squirreled away, it turned out to be very efficient with 2 speeds. First to be tested, the shipbuilding cranes for my cameo layout. 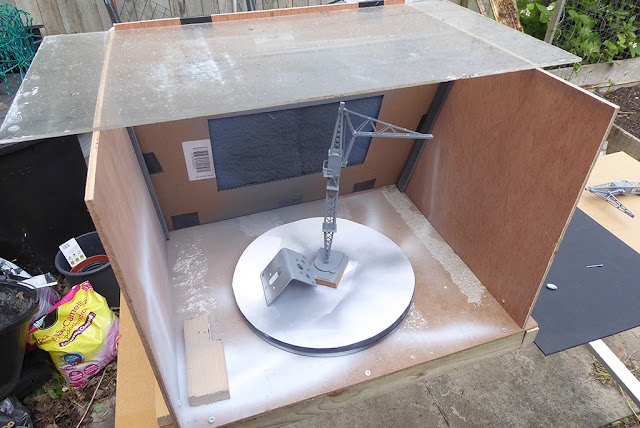 David Smith: The wagons are all Stephen Harris kits 16t mineral wagons, 33t iron ore hoppers and standard BR brake vans, I thought it about time I reduced my pile of wagons but the box doesn’t seem any lighter. The loco bogies I showed last month now has a footplate to join them, anybody guessed what it is yet? 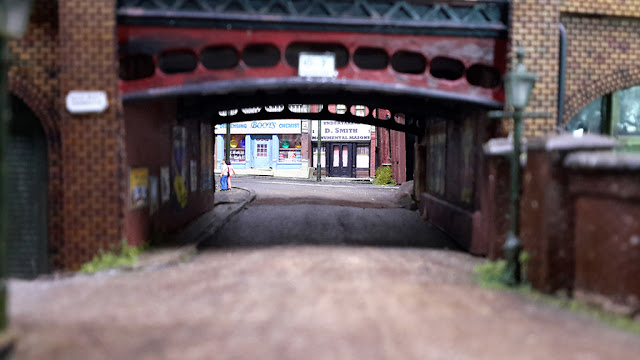 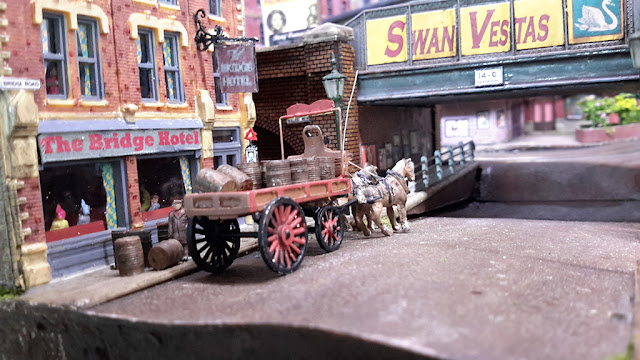 Posted by Lightermans Yard at 11:40 No comments: