Once again we find ourselves in the virtual world discussing work in progress on our several projects, but unable to enjoy the pleasures of life before lockdown. Having said that the zoom world is a rewarding space where we can show projects all be it without the advantage of 3D inspection. Modeling at our scale (others too) reveals a slow and minutely detailed advance so month by month many of the same projects are shown progressing towards miniature perfection. 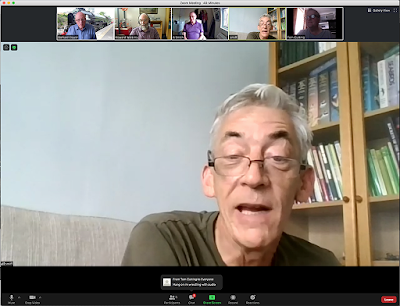 David Smith
"Not much to report this month, I’m back playing with real trains after five weeks off so not as much time for tiny ones. I have attached a few photos of the loco that have been in last few blogs with a giveaway background as nobody seemed to like playing guess the loco!"


The loco is or will be a class 15 built by BTH with a Paxman engine introduced in 1957 but all gone by the late sixties although one is under restoration at the East Lancs Railway I believe, spent most of their short lives around east London and East Anglia so should be good for Lightermans yard. 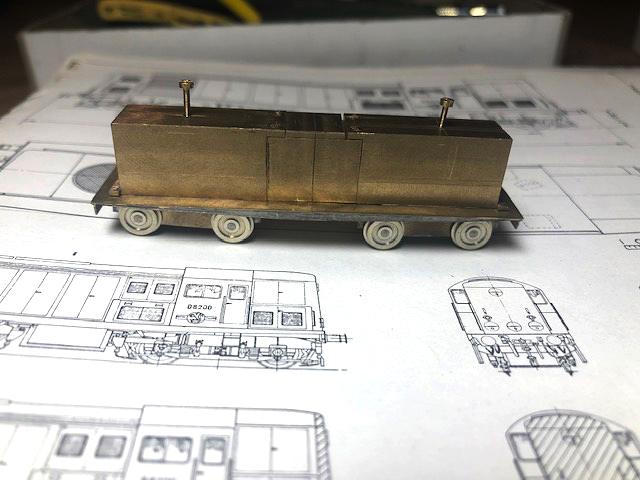 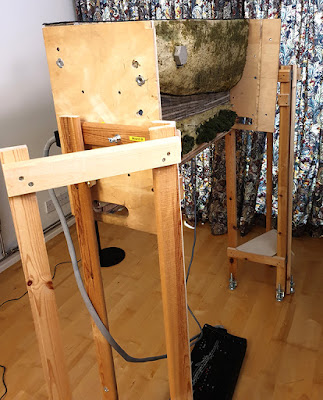 Howard Warkins. I've discovered another option for supporting Midsomer Norton while I work on converting it to DCC - I can have the layout 90 degrees to the horizontal. This makes it easier to work on the underneath and check
progress on the top - simply by walking round the "contraption". Much easier than having to keep rotating it.

Alan Smith Modelling has taken a bit of a back seat this past few weeks as I have been busy producing bits for the 2mm Association shops as well as other projects.
The 7F (above) has progressed a little it now sports new chimney and dome made on the CNC lathe. I have added handrails to the tender and cab and I am now looking to produce some more detailing parts for the boiler and above the footplate to complete. 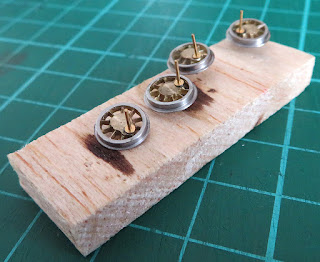 The wheels are for Richard's Peckett 0-4-0, which have now grown some crank pins. some time soon I will machine the coupling rods and try to put it together, fingers crossed. 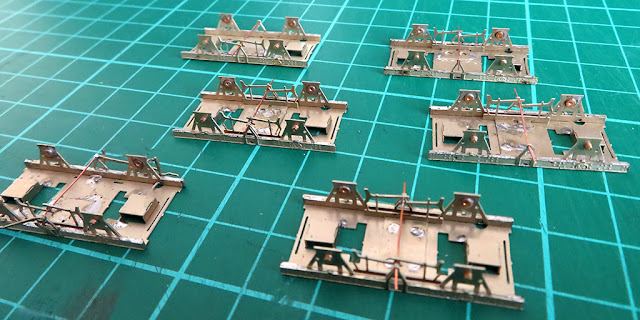 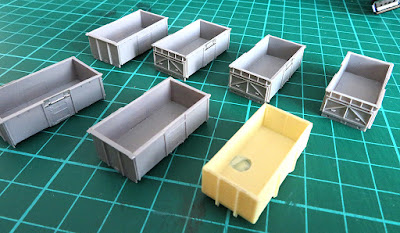 I have had a trawl through my kit storage drawer and dug out more association 16 tonner's I have had these for many years so I thought it was about time to make them up to help populate the coal trains on Evercreech junction. The next photo is of the chassis to go with them. I still have more vans to assemble along with getting wagons painted and finished from the last blog entry. 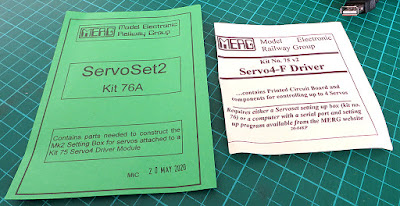 The two MERG kits are for testing and driving servo's on Evercreech. Keith has these already but I though it would be a good idea to have the ability to set up and test boards that currently reside here.
Richard Doust I've made some progress on my 2mm Challenge cameo. the ship's hull now has portholes. 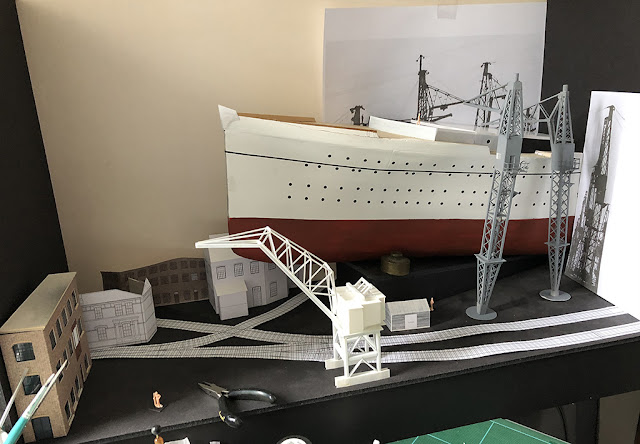 The buildings are now the focus. I wanted to experiment with brickwork using a Silhouette Portrait cutter. My aim is to produce the office building (left foreground) by 'engraving' the brick courses and over window arches in the same embossed surface. Having made several attempts I arrived at English Bond brick work to be lightly cut into plasticard. Alan, who had recently produced corner bricks using a CNC machine, reminded me that it was the mortar not the bricks that would deliver the relief surface required. On modifying a small portion of brick work, it became clear that the whole elevation of the building would be too complicated to attempt on the cutter. For surfaces without windows, the cutter is capable of accurately producing 2mm scale brick patterns. 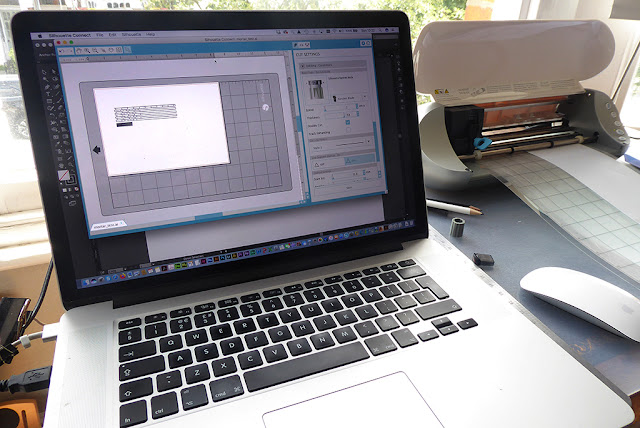 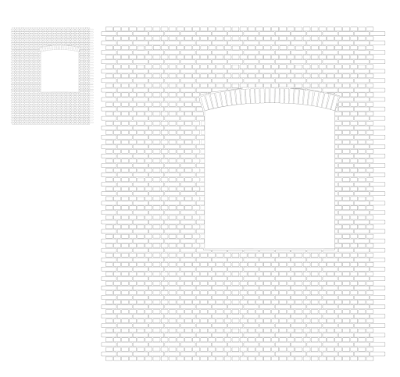 Brick pattern at 2mm scale (above top) and enlarged shows the complexity of mortar courses to be engraved.

Pete Townsend (not online) I have attached a couple of photos to show progress on my layout. They show the curved end boards and the two-road traverser which can be used to transfer trains onto the opposite running track, mainly for my EMUs , or, at the other end entry to the fiddle yard (yet to be built) which will have 10 or 12 roads.
Unfortunately ,Tim Horn has a 4-month waiting time for the remaining two baseboards that I need to complete the circuit.

Posted by Lightermans Yard at 16:03 No comments: