This year begins with a set of resolutions, some carried forward and some new and some for the future.

Keith decided to make an electrical alteration to the control panel, that wasn't one of the reslolutions! But we have been here before 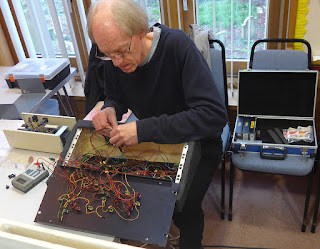 Meanwhile we set too on ballasting, (which is a resolution!) 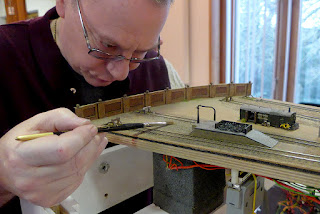 Alan concentrates on spreads the base ballast colour by the loco coaling and water stand.... 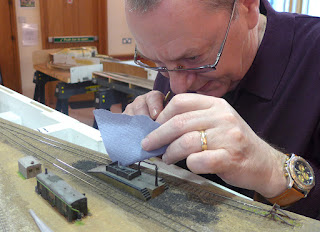 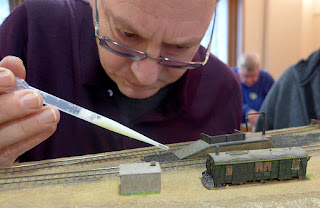 David adding a 'pinch of salt' 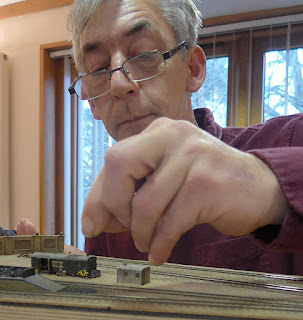 The electrics and the ballasting (for the moment) completed, a couple of loco made an appearance.

David demonstrated his new Class 40 (re-wheeled for 2mm) with sound! 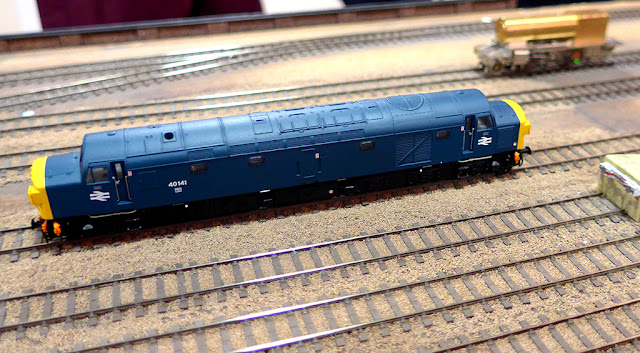 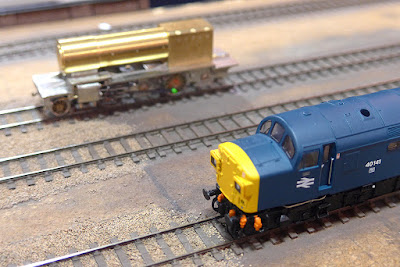 The Class 40 and in the background, Keith's work in progress on his S&D 7f loco.

G6 built by the L.S.W.R. This particular one survived until 1961, so just scrapes into our time zone. I built it from an Nbrass kit. The chassis is scratchbuilt from solid brass milled out to provide clearance for the gears and wheel muffs. Outer plates of brass carry the bearings and are attached to the main block by screws into Delrin bushes. One of the side plates is insulated from the chassis block by a 0.13mm strip of styrene. The loco is finished, as near as I can get it, to a photo of the prototype in 1949. The photo shows the loco with modified steps under the bunker to form a platform, and extra handrails on the bunker sides so that the shunter can hitch a lift around the yard (what health and safety?). I thought this would be an ideal loco to run on Lightermans Yard as shunting is what we do! (Pete)

Observed, the critical running test for the G6, from all angles! It passed.