Suspecting that to most 2mm modellers this time of forced separation has become somewhat wearisome. Being unable to discuss face-to-face the finer details of each others progress with models and the practicalities of personal and/or group projects. The use of social media such as Zoom has alleviated the separation to some extent as we become more familiar with our screen presence. We know that within our small group, there is some enthusiasm for keeping in touch, and some despite the current and drawn out crisis, others are not so keen.

Looking back at the blog entries since we last met in person, even our forty minute zoom sessions have been fruitful and kept up morale. We have been able to show each other the progress of on-going projects and gain from practical discussion.

So down to this month's business! 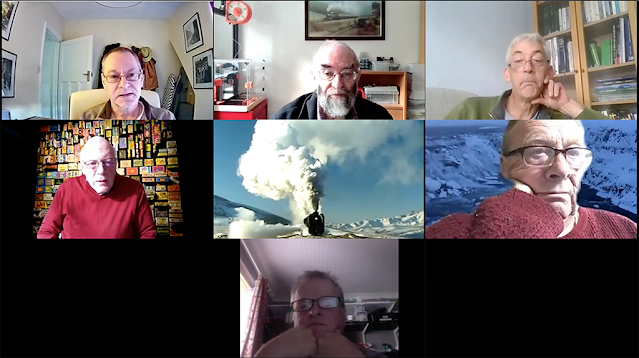 Alan Smith. Once again I have been distracted away by other things 2mm. and have not progressed as much as I would like.

The black and white buildings are the limited progress on the water tower for Evercreech Junction. It looks like the brick work detail does not show up in the photos but it looks OK by eye. The corner 'quioinin', dodgy spelling, needs a chamfer on the inside edge to form a mitre so it lines up on the outside. 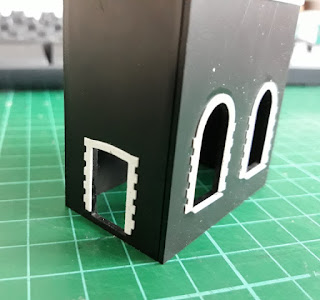 Here are a couple of shots of the steel bolsters I made to fit a commercial moulding machine. 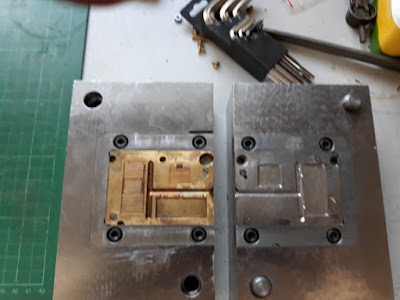 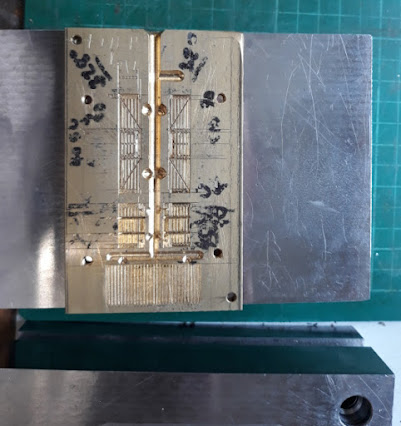 This shows the current problem. The die plates from "Cambrian" are larger and will not fit within the width of the bolster. The bolster has to fit this way round to fit the moulding machine. 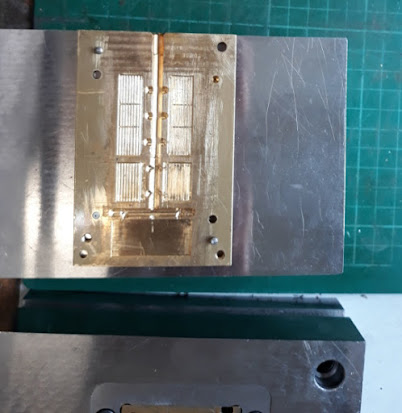 Die plate has been cut down to fit bolster plate by roughly 6mm.

This modification was done after checking all of the tooling. 3-4 tools cannot be cut down in this manner as the details within the die face fill the whole of the die face area.

Because we do not sell vast numbers of our wagon kits, I thought I would try to mould a few shots "in house" Once again I found that the new tools were too tall to fit my machine, after some head scratching I found that it was possible to add 4 spacers to the top of the machine raising the injection nozzle up by 20mm. This gave enough clearance to fit the die plates. (picture showing 4 extensions to the top of the press)

A quick lash up got me to a point where I could try out the system. After many trial shots I only managed to get one complete fill.

The plastic was solidifying before it fill the mould completely, I needed to heat the mould itself. 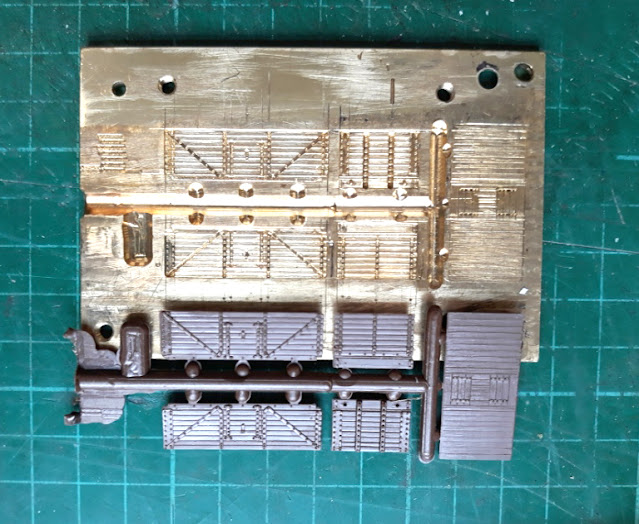 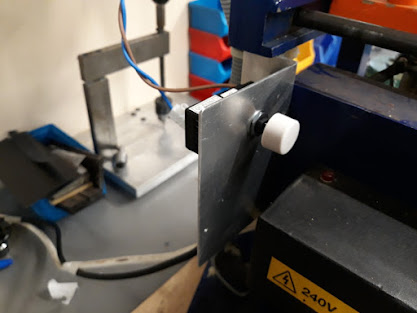 A piece of aluminium plate was found and drilled out to take a cartridge heater. The one I had was 120W
so some form of control was needed as I did not want it to run at full power. A rummage in the "it will come in useful one day" drawer came up with a 500w lighting dimmer. A quick bit of wiring to make it safe and the heater plate was complete.
While I was at it I made a better back stop this allows the die plates  to be positioned under the nozzle repeatably. 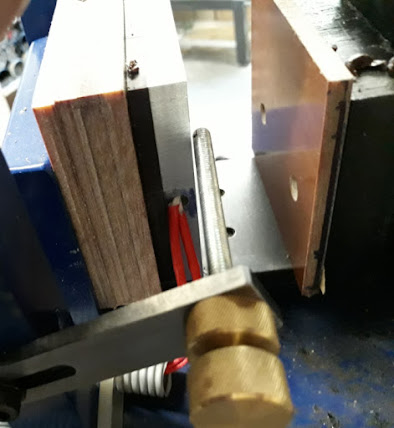 The heater plate is now installed and works as expected the issue now is that it takes a lot of pressure to inject the tool and the die faces are spreading apart causing "flash" Indeed I have screwed the plates together and still I get flash. I think I just need more clamping pressure so I am looking into how this can be done. 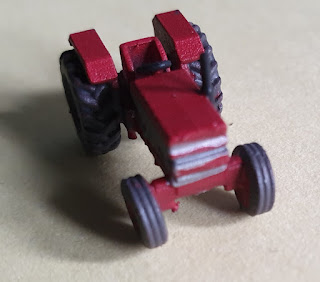 Howard Watkins. 3D printed and is from Osborns Models. Unlike the Langley white metal offering (difficult to drill), it should be easy to replace the steering wheel (a solid disc in this case) with an etched brass wheel. 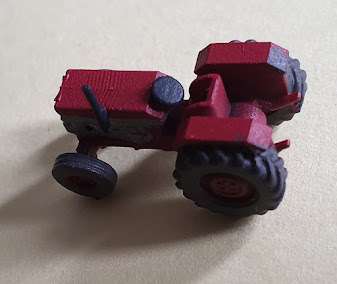 Howard also opened a discussion on some useful additions to the work bench. The first item is Ceramic tipped tweezers really useful when soldering, Search here on ebay.

The second items were Garryflex abrasive blocks. These come in four grades, of which 240 grit (£6.50) is probably the most useful - cleaning metal surfaces for soldering etc. A source are PJS Industrial Supplies also on ebay 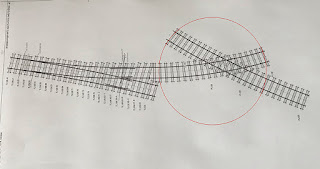 Tom Cutting. is working on the track for an entry to the Diamond Jubilee model celebration. As the track is mostly running in paving it was suggested that a way of dealing with the complex cross over and to avoid difficult sleeper arrangements, he should lay the track directly onto PCB. A technique below employed on part of Evercreech Junction by Keith and Alan.

Richard Doust. Somewhat out of scale and in an attempt to satisfy an over eager grandson(9), here with, apologies, is a bedroom '00' gauge layout as a stop-gap to a larger venture. 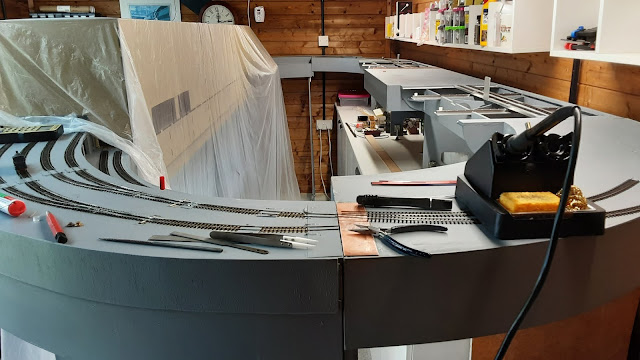 Posted by Lightermans Yard at 08:18 No comments: