The Covid-19 Coronavirus lockdown has meant that we were unable to have our scheduled April meeting. The idea of looking back over the last twelve months of being 'on the road' with Lightermans Yard suggested a way of keeping our social presence. It so happens that we were showing off pretty regularly at exhibitions throughout the year, here is a reminder, if only to ourselves, of our appearances. 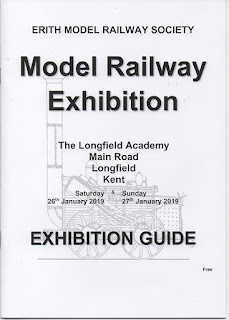 Our first outing of 2019 was in January to the Erith Model Railway Society exhibition. Visitors voted “The Yard” best in show for which we were the first recipients of The John Muskett Memorial Shield. To our delight the layout behaved itself, apart from the odd nudge of the tank locos. We will be prioritising stay alive units in these locos in an attempt to achieve near faultless running. 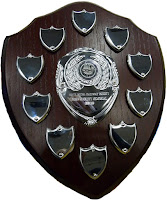 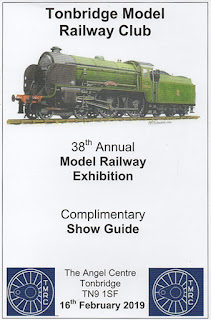 February we were showing at the Tonbridge one day show which lived up to its reputation. By the 10am opening a substantial queue had formed stretching
quite a way from the entrance.  The show was very well attended. 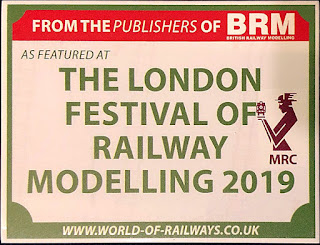 We all enjoyed the weekend at The Festival of Railway Modelling at Alexandra Palace in March. Our position in the West Hall, Stand 142, attracted an almost constant crowd of onlookers. There are just so many pictures to be taken of the public enjoying Lightermans Yard! Some casting their expert eyes over the scene - and the operation ...

April saw us at the East Surrey N Gauge Exhibition. Usually at mixed scale shows people are heard authoritatively telling family and friends “Now this is N Gauge”. At this N Gauge Show the viewers were all aware of The Yard being 2mm finescale and gave very complementary and informed opinions. Some were heard to ask about the more technical aspects of the trackwork and point control. The operating staff from other layouts were also very friendly towards us and, again, said some very nice things about Lightermans Yard. 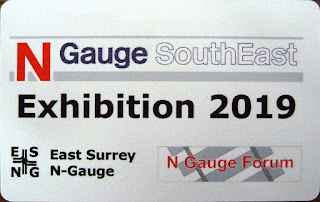 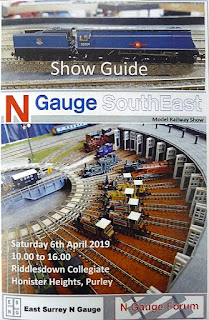 In June a four man crew set off for the Tutbury 2mm Association supermeet on a very wet Friday morning with Alan, Keith and Pete K in a hire van and David in his car. Despite the miserably wet journey, upon arrival it was possible to reverse the van under a canopy so that unloading was relatively dry.


In September the 2mm Association 2019 AGM was held at the Steam Museum in Swindon on 7 September - deep in GWR territory.

Although we didn't exhibit it's worth mentioning that of the competition awards, Keith won two of the 9 awards for the same entry, four BR wagons. The Dreadnought Trophy for passenger rolling stock and the Members Choice Cup.

The Saturday following our October meeting found us exhibiting at the Beckenham and West Wickenham Model Railway Club one day show. 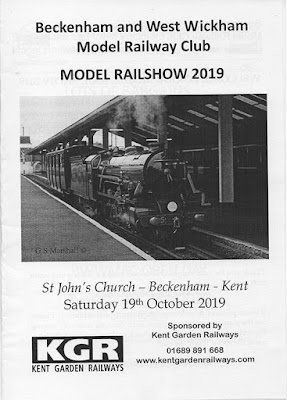 The exhibition is held in what is normally the church with the pews set aside, a dauntingly high roof and very few visible signs of Sunday's use. Lightermans Yard was in the main church on a raised stage near the hidden alter. There was a large array of organ pipes in the wall behind our stand.

It is worth adding the first couple of months of 2020. In January Lightermans Yard was invited to show at the Southampton Model Railway Exhibition at Eastleigh. This two day event was well patronised with good layouts and some trade stands. The exhibition was set in several large spaces in the 6th form college, including the theatre and sports hall. 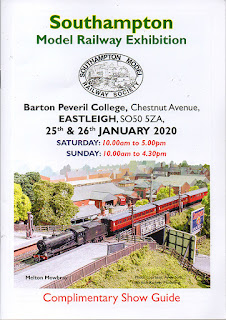 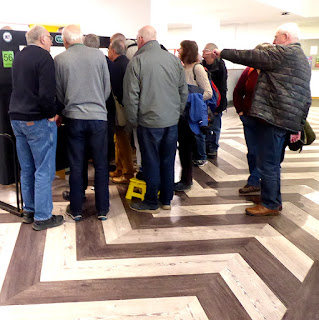 The Yard's operating crews experienced an enjoyable and fulfilling two days, particularly overhearing the complimentary comments from 'out the front'.

March was somewhat overshadowed by the coronavirus scare, however, five braved the journey to prepare and the now familiar task of loading the cars for our next exhibition appearance at the Abingdon & District MRC (ABRAIL) on Saturday 21 March. Cancelled shortly after our preparations, and the outcome is that Lightermans Yard is still 'on the road' split between members north and south of the River. We are currently unable to return the layout to our regular meeting base and storage at the church hall in Wilmington. Meanwhile our plans are to hold virtual meetings, more on this in May.
However, this month we were pleased to see that the current Spring issue of BRM has included a ten page article on Lightermans Yard in it's London feature. The photographs were taken by BRM's Phil Parker at Alexandra Palace last year. The basic text provided by ourselves. 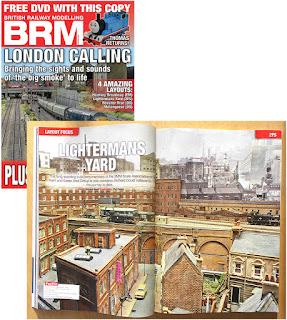 Stay safe - it's an opportunity to model in this lockdown world. No place for excuses!

Watch out for a report on our virtual May meeting around 10 May.


Posted by Lightermans Yard at 10:41 No comments: