Most of the meeting was spent planning for the forthcoming exhibition appearance  in October - attempting to prioritise work so the most essential changes are completed by the end of the August meeting, leaving the September meeting for an extended running session to try and find/fix bugs.

Keith will be building a traverser (or some other mechanism to hold the off-scene rolling stock).

Alan will be replacing the existing lighting system (which runs far too hot) with an LED strip, and adding a temporary 6-inch curtain below it, to ensure the layout is viewed at a suitable angle.

The backscene was discussed inconclusively (there seems to be some incompatibility between proposed height of backscene and actual height of operators...).

A lovely scratch-built model by David, but rather too modern for the 1960s period which Lighterman's Yard is supposed to depict.

Subsequent running of a Jinty (not pictured) revealed apparent short circuits in certain turnout positions, provisionally diagnosed as poor insulation on some of the wires. Another job for next month's meeting.


Buildings
Pete Townsend brought in the full set of buildings, which now completely fill the front of the layout. 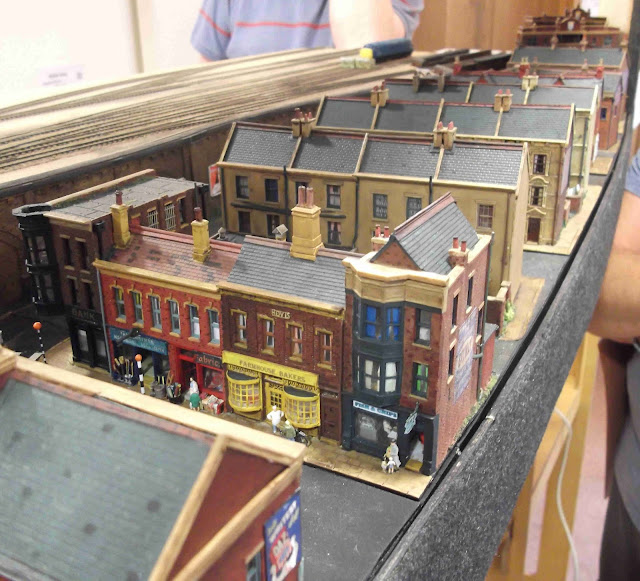 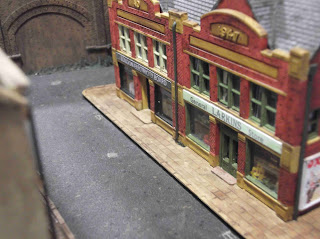 Although well-provided with detail and clutter, the more recent scenery is a bit lacking in road
vehicles. Street lights are under construction, additional bicycles and motor vehicles are awaited, with the suitability of horse-drawn vehicles still being discussed.

Pete King had brought along a selection of road vehicles from R Parker, some of which might end up here... 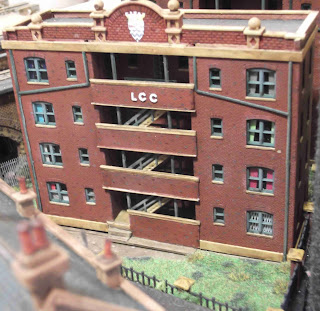 There were complaints of "Too much greenery" for the lawns in front of the LCC buildings, but weathering should produce a more subdued shade (brown?). 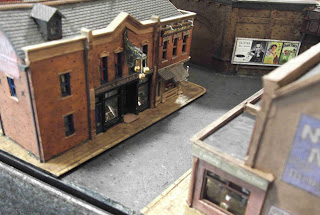 Just visible at the top right corner of the picture is part of the latest bridge to be added to the layout - not yet glued into position. 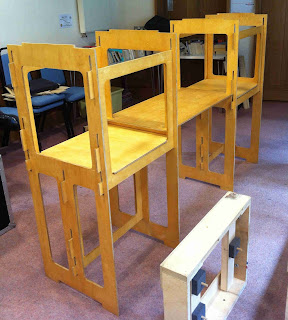 Richard provided me with a CD of photos from earlier meetings, some of which will be appearing in future blog entries.

As a taster, here's the first stage of assembling the layout - the legs have been slotted together, and the first section of baseboard is about to be placed on top.
Posted by David Walley at 14:30 2 comments: