This month there was a certain optimism that we could at last see a possible light at the end of the Covid tunnel, maybe a perceived chink of light was enough to spark speculation that we might be able to meet face to face again in a month or two. Our Zoom contact has been very worthwhile spanning over a year and to great extent keeping the spirits up. Reuniting Lightermans Yard both physically (the main parts of the layout are currently located either side of London) and with ourselves, and replacing our 40 minute Zoom sessions, with 4 hours of convivial discussion and running trains, is something worth looking forward to.

Alan: Apart from the work done for the 2mm Association - major shed work has been taking place with the big hammer! 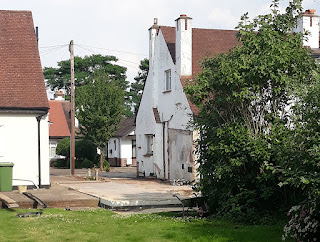 Howard: Tom wants to use servos for the track he is building for Richard’s cameo. I suggested some HobbyKing servos based on advice from MERG.

Posted by Lightermans Yard at 06:29