The exhibition invitations for the coming two years were the main focus for this meeting, the last for 2016.

We are committed to the NEAG at Bournmoor in May 2017 and possibly to Epsom too.

The discussion focused on the two following weekends in October 2017, and whether we should drop Farnham (AGM) or Uckfield. However, the general consensus was that both are good shows, although Farnham would require a van and some overnight accommodation.

In addition there may now be a further Wilmington Exhibition 7/8 October 2017. However the initial reaction is that we have already shown twice on 'home ground' and these dates would mean three different shows in as many weeks in October.

At this stage, We will may decline Tonbridge in 2018 as it's only a one day which may be too much to deal with. Crawley are still awaiting our confirmation.

Transportation of the layout and personnel was discussed at length and a formula for shows inside or close to the M25 could be managed with two cars. Bournmoor and Farnham (possibly) will involve hiring a van and both require some accommodation. Several member/operators will travel independently or by train to shows in the South East (with minimal costs) on a daily basis. 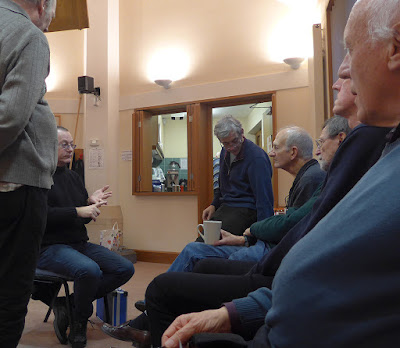 Inevitably there will be future alterations to this schedule. It was felt that, although it is very complimentary to the layout, we should not necessarily jump and fulfil every invitation.

At the end of the exhibition discussion, Keith produced a demonstration model of a servo driven point motor prototype using MERG and other components, with the idea of producing a possible point mechanism kit. As usual, this demonstrated Keith's legendary skills and also created wide interest. 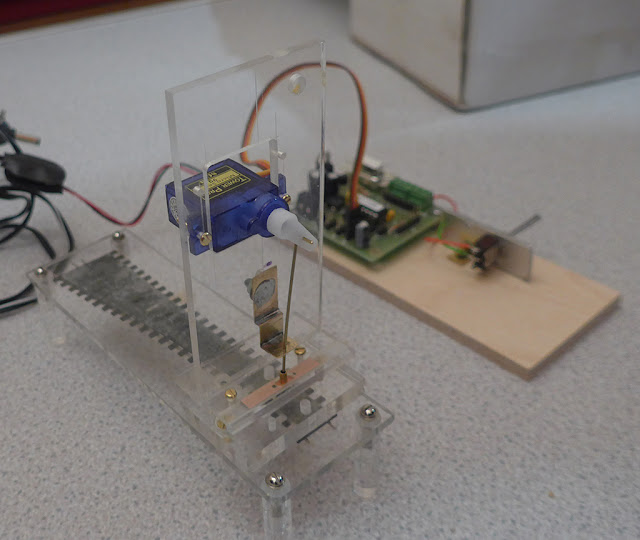 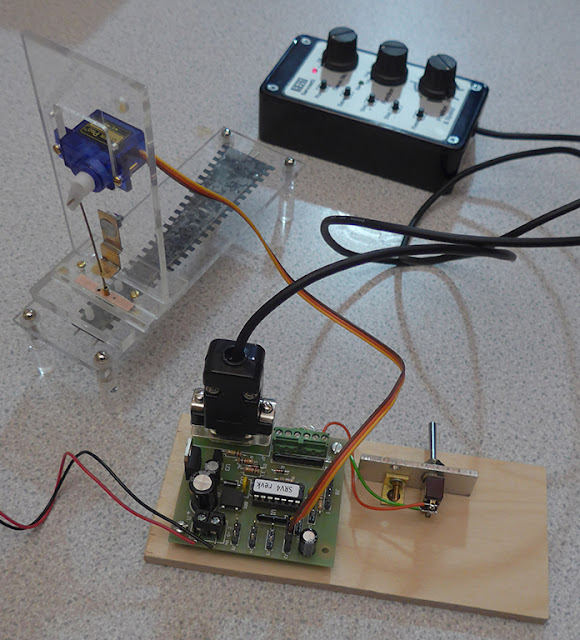