Two things to celebrate this month. As people we are back together, and Lightermans Yard is also back, the two parts returned from their temporary storage with Pete K and Richard, having been caught on the 'road' by the pandemic. Thanks to Alan for transporting one half of the layout across London twice.

Our main aim of this month's meeting was to set the layout up and check that the electrics were functioning. The track also required cleaning and the points tested from the control panel. Two locomotives ran briefly before a fault was indicated. Mysteriously, the panel light continued to be on even when everything was disconnected. Much was discussed but no solution found by the close. This is made a solution urgent for the next meeting as it would be the last opportunity before our due appearance at the Portsmouth show on 20 November. The search for a solution continues. 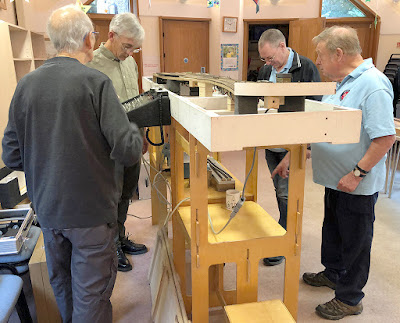 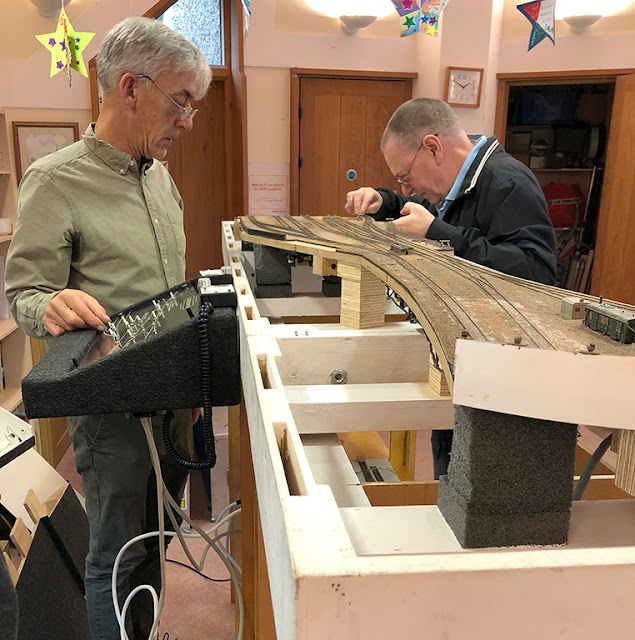 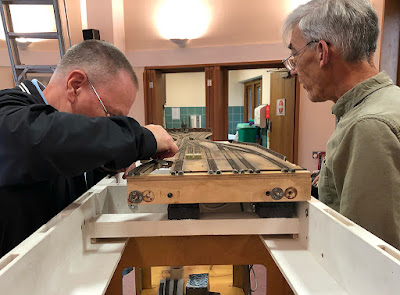 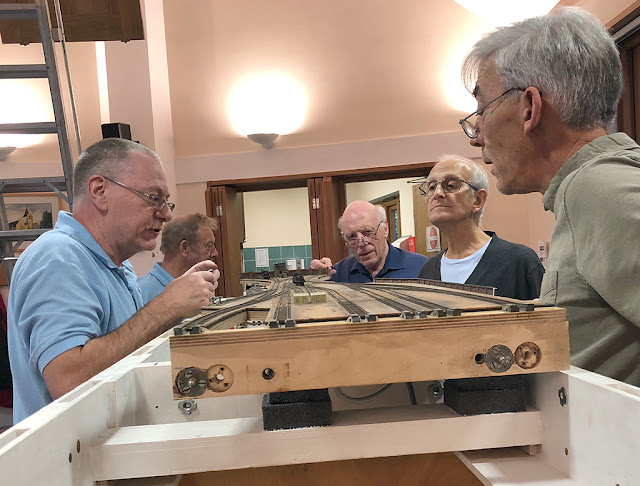 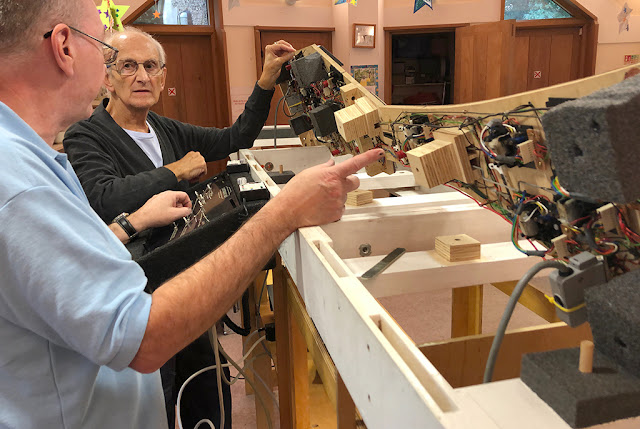 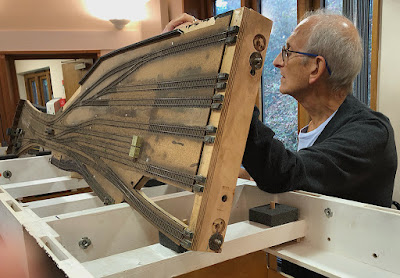 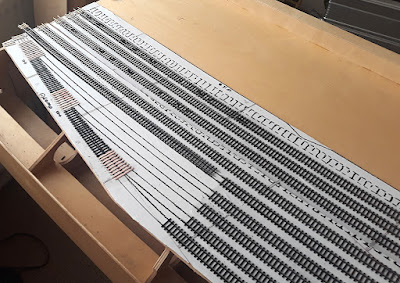 The images are of ECJ boards 3 & 4 showing the up and down main lines with point work for the entrance to the station goods yard, previously shown on the blog. Further point work provides cross overs to the central siding and allows assisting locomotives to come onto the front of north bound trains for the ascent over the Mendips.
The centre siding was also used for temporary storage of local passenger trains on the branch service. Much of the above is well documented in various S&D publications.
As can be seen to the left of the running lines is the UP goods yard. At Evercreech junction all goods trains were scheduled to stop and shunting between the Up and Down goods yards was ongoing twenty four hours a day. The main shunting loco was provided by Temple Coombe shed on a daily basis but other engines were also borrowed for additional shunting moves. The capacity of this yard according to my dodgy calculations is 189 wagons. The lower down yard also holding a similar quantity. So there is still a lot to do in the wagon building program. 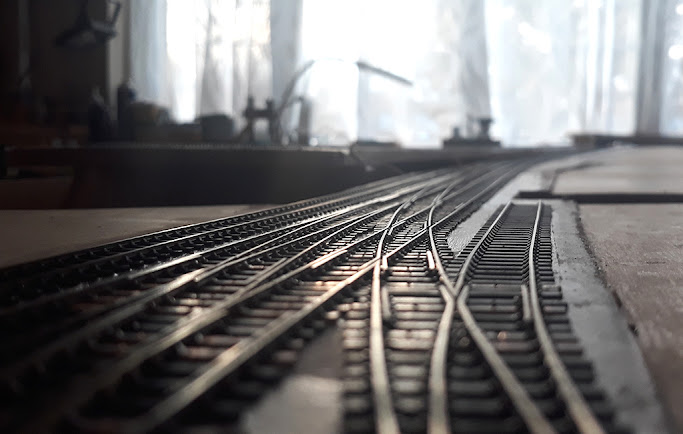 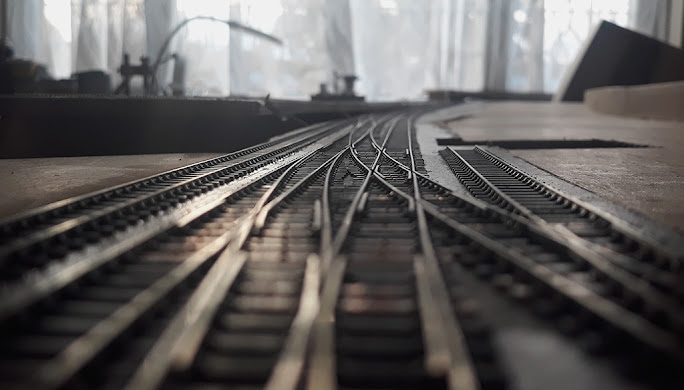 Loco of the month is the chasis (below) Alan has kindly built for Richard's 0-4-0 Peckett intended for his shipyard cameo. 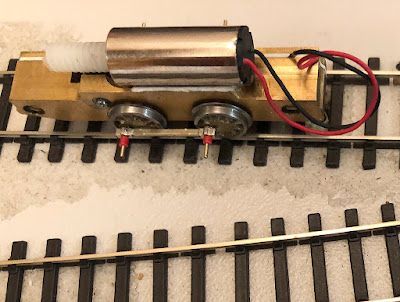 Posted by Lightermans Yard at 09:03