This month marks the beginning of something, at least that's what we are hoping for the return to face-to-face meetings. Tentative first steps were taken in that a few ventured to our normal meeting hall in Dartford. Partly because of travel distance and other commitments we decided to hold a Zoom meeting as a mid week catchup.

Alan reported on the 'live meeting';

Just a quick resume of todays meeting. We have probably guessed that the headcount from the 2mm side was going to be low as many of us had prior commitments, However this did give a good opportunity to talk more with the N gauge group.
They too were low in numbers but overall it seemed that all were keen to 'get back to normal'.
I took along the 3D printed turnout from Finetrax to show how easily a point could be assembled and how good it looked once finished. The N gauge members were impressed too commenting on how much better it looked than the standard N gauge track.
Various discussions were had and one subject was using Arduino boards to control servos. Apparently these are very easy to set up and very cost effective compared to other options. Although I am a complete numskull when it comes to electronics the system seemed to have a lot to offer.
Some of the N gauge group had taken delivery of some new locos the EFE Clayton and the Sonic models 56XX, although none had samples to show it seemed they were well received the 56xx from Sonic being described as first class.
We can discuss more detail on Wednesday's zoom meeting. David has offered help with collecting the layout from Richard. But again we can discuss this in more detail before the next meeting.
Apart from Alan's report, There was general discussion at Wednesday's Zoom meeting.
Richard showed some images from a couple of trips out into the country and one in town.
Bala Lake Railway (Snowdonia). The current 2ft narrow gauge Bala Lake Railway is built on a section of the former standard-gauge GWR Ruabon - Barmouth Junction route. At the core of that route is the railway between Bala and Dolgellau, which was built by the Bala and Dolgelley Railway Company (they used the English spelling for the latter place), and opened in August 1868. A project to construct the extension of the Bala Lake Railway to Bala Town Station is underway. 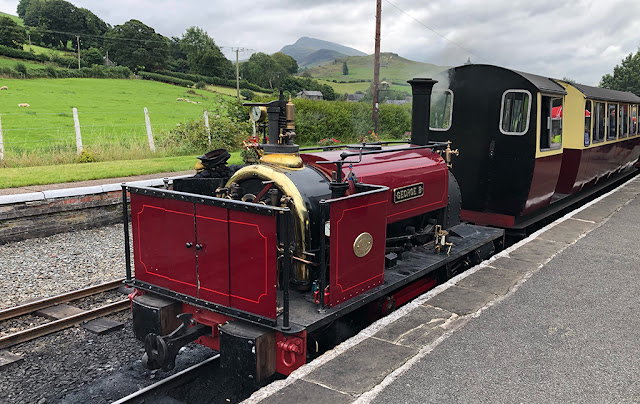 Another encounter with full-size steam at Toddington on the Gloucestershire Warwickshire Steam Railway. Merchant Navy Class, Peninsular and Orient (without it's streamlining). 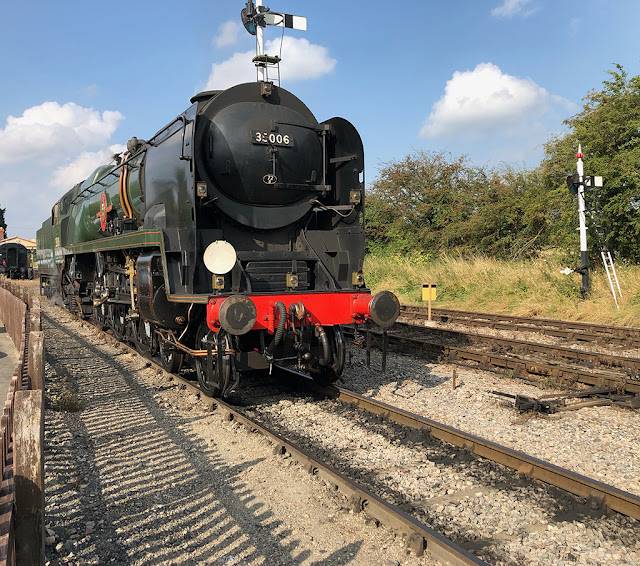 Locomotive of the month has to be the spledid model of Joseph Clement's Fire Fly - 1838 - on to show at Tate Britain in conjunction with William Turner's painting 'Rain, steam and speed - the Great Western Railway' 1844. 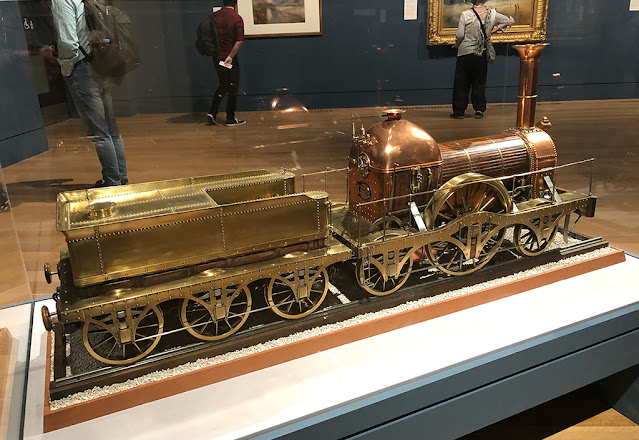 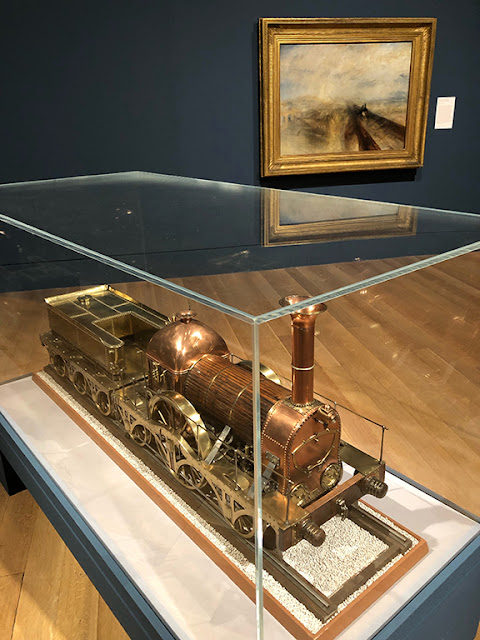 Shown here with Turner's 1844 painting of Fire Fly in action.
Posted by Lightermans Yard at 16:23