Lighterman’s Yard returned to base at this meeting having been housed at Alan’s and Pete K’s houses after an enjoyable, if at times stressful, Crawley show. 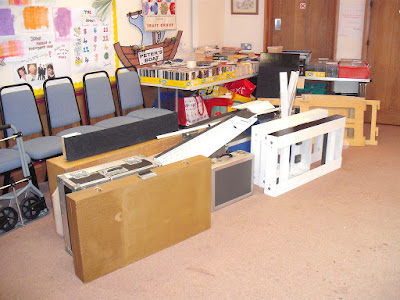 The control panel went home with Keith for investigation into the uncoupling magnet problem (Magnet-gate). At the meeting Keith reported that he had found a loose wire in the panel which he reattached, although all the switches were fully functional. We started the meeting no wiser as to where the problem lay.

David S and Keith proceeded to probe around in the live power box with a multi-meter just as Pete K took a photo with the flash unknowingly switched on. If a further photo could have been taken a split second later then this report would contain a picture of sheer terror!  After the excitement and some more, but flash free, probing Keith and David narrowed down the possible gremlin areas. There is quite a break before the next outing so there is time to gradually narrow things down until the culprit is caught. 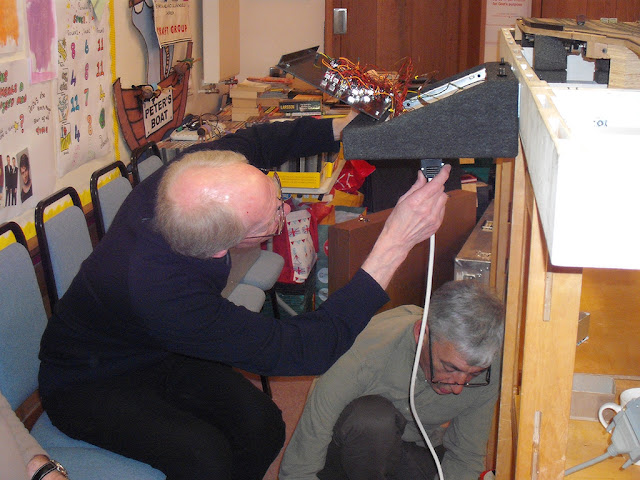 This meeting’s guest loco was Keith’s S & D 7f complete with tender and now recognisable as a 7f as opposed to an assembly of parts on a chassis as seen previously.

Thanks to Pete King for this meeting's report and pictures.
Posted by Lightermans Yard at 04:02