Now  well into November and sometime past our actual scheduled Zoom meeting for the month, this comes with an apology from the editor for a late blog post. Despite the glimmer of light at the end of the proverbial tunnel, face-to-face meetings still seem some way off, and the exhibition calendar is pushed further away too, adding to our frustrations

With the current lock-down, we should, in theory, have time for more modelling, but sometimes with little to show. So here is our offering for November.

Alan Smith has been fitting in the continuation of preparing wagons for Evercreech Junction, and the demands for supplies for the 2mm Association shops and committee meetings. 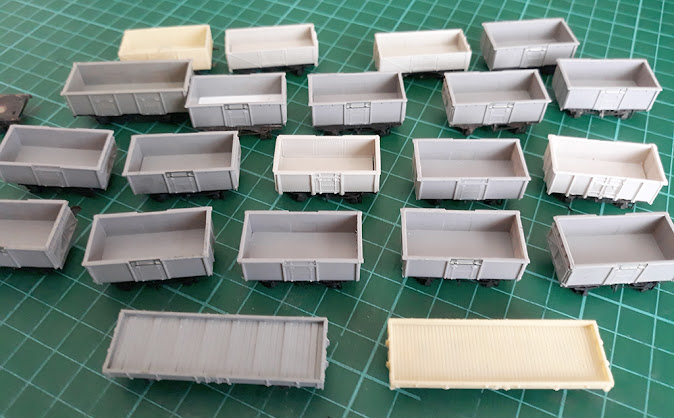 This  photograph shows 2 batches of various wagons all the chassis are complete less couplings and buffers.
The body's are now awaiting the paint shop. 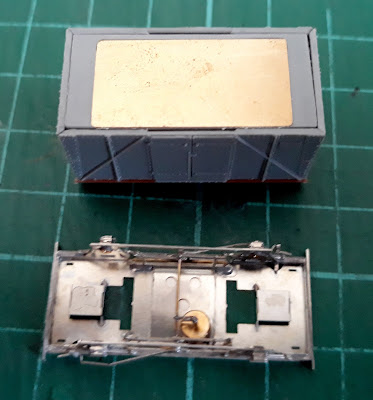 It was found with earlier wagon builds that a little added weight improved coupling performance and track holding. For wagons I have 2 types of weight the smaller is relieved to clear the brake etch where it is attached to the floor. Relief in the 4 corners clears the wheels. the longer version is for my earlier wagons where I did not form the coupling mounts as I had used 3 link couplings. 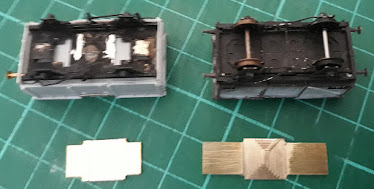 Van body and unpainted chassis shows the weight fitted into the floor of the van body.

(below) 3 vans now almost complete with Cambridge Custom Transfers.
These were recommended by David I found them easy to apply and had a very thin transfer film.

As the vans above, these just need a sealing coat of varnish and a light weathering.

Tom Cutting had several questions for Alan regarding soldering flat bottomed track to a PCB base. The first was how to transcribe the Templot templates onto the PCB. The intention is that on this part of the layout the track will be recessed. Alan suggested contacting Keith G who has shown examples of this track construction for part of Evercreech Junction. (see October for an example). Also discussed was how to achieve electrical track separation, scribing the copper PCB surface was suggested as the preferable method.

Pete Townsend sent two images of the progress on his 'Leigham Road' layout; Leigham Road station and work on the fiddle yard and traverser. 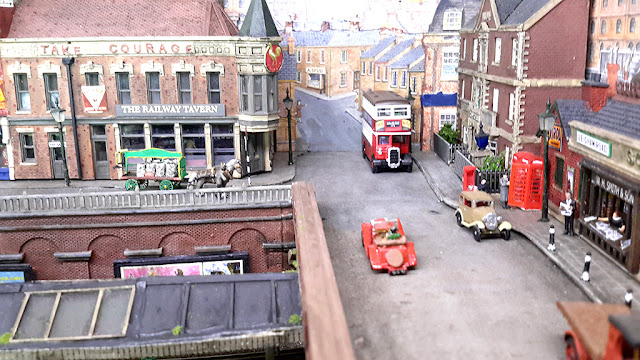 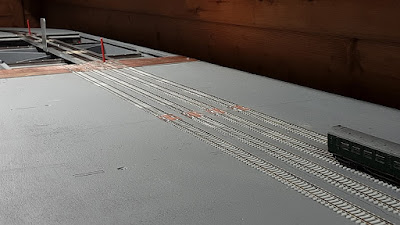 It now looks increasingly likely that all the booked exhibition appearances of Lightermans Yard have been cancelled or postponed until further notice.

Posted by Lightermans Yard at 12:07