It is now almost six months into what has become known as 'the new normal'. For us and many other 2mm groups, that has meant virtual online 'show and tell' mediated over forty minutes Zoom sessions, replacing our monthly four hour face-to-face meetings, variously lubricated by the comfort of mugs of tea and chocolate biscuits - and, of course, chat and the opportunity to actually run model trains.

That having been said it doesn't necessarily mean the 'zoomer's' amongst us do not enjoy the company of those who regularly appear in front of their computer screens. What we have to show and discuss, is almost as good as being there in person. Almost certainly we face a further six months of isolation before tentative re-assembly can resume.

One advantage is that the 2mm community has expanded as Zoom has allowed members to participate from distance, as could be seen and heard during the recent Zoom AGM, members from across Australia who were able to take part and several UK members have joined the local zoom Aussie/NZ meetings. There were even live online modelling demonstrations from area groups. This widening of the 2mm community is to be welcome and perhaps in itself become an addition to the normal.

This blog entry is the sixth since lock down, lets hope we can maintain our presence until we can report on meetings offline.

September and the AGM

AGM Alan Smith reports; For those of you that couldn't get online for the AGM all business was passed with only a couple of questions from the floor, mainly regarding the 'Covid' situation and implications of association events.
I think around 54 members attended, so its up there with a normal AGM. Nice to see some faces from across the globe and to put faces to names that pop up everywhere. Although its nice to get to see everyone. its difficult to communicate one to one or as a whole group. Given the situation its probably the best we can do.

David Smith The class 25 (below) is a Bachmann model that has had a little work done on it mainly the fuel and water tanks between the bogies to get a bit more 3D feel to it, the main underframe has been moved inboard a mm or so to give more relief. Very little work has been done to the body apart from finer handrails and lampbrackets on the nose ends, the glazing has been thinned down on the rear by rubbing on finer and finer wet and dry paper Until it’s only a mm or so thick then polished to restore clarity hopefully it stops them looking like they are in  made from the bottoms of milk bottles all it needs is someone to do some fine etches for the radiator grills. 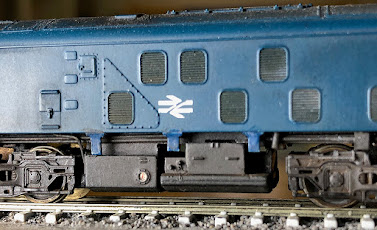 Alan Smith First the servo mount. This is made from Perspex sheet I choose Perspex as you can see through it which helps when under a baseboard when trying to mount it. The base is made from 4 layers, the top layer locates the tie bar this is a beefy piece of double sided PCB with two 1mm brass tubes that the dropper wires from the point blades go into. This layer together with the second layer can be easily adjusted to locate onto the blade droppers to mounting holes can be spotted through and drilled for screws there is a slot at the front location to aid final adjustment, the two screws then hold this in position. 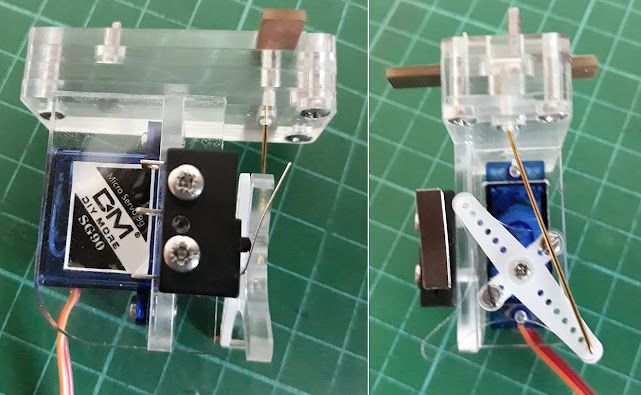 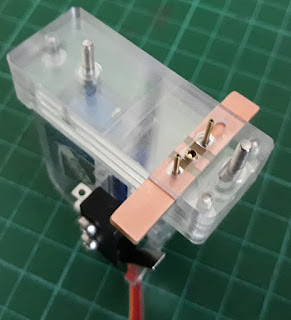 The body of the mount, layers 3 & 4, now screw to the already located layer 1 & 2 if a servo or switch gives up it can be easily changed. The servo and micro switch are mounted onto the top layer with more stainless screws. The servo horn drives a 0.8mm brass wire pin through the base of the mount and into a bushed hole central of the tie bar. A servo horn extension has a leaver that actuates the microswitch.
Perspex sheet has a few properties which are useful in making things of this kind. Apart from being clear it is quite rigid and is reasonably cheap. It machines well and can be glued using plumbers pipe solvent.
As you can see I have been busy and have produced around 50 of these units roughly half of that required for Evercreech Junction. 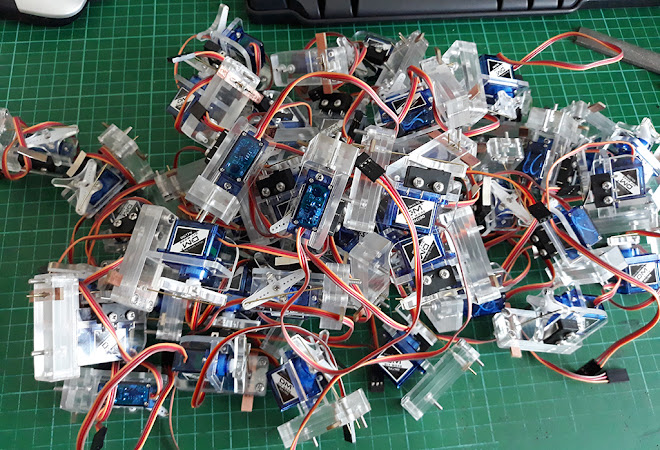 The above photos show a long term project I have been working on. For many years I have wanted a rigid milling machine, a lot of hobby machines are flimsy usually having a round vertical column on which the head rises and falls, this often leads to inaccuracies when setting the head. Once this is done it is prone to moving when taking heavier cuts or having a poor finish when doing fine cuts every job seems to have a compromise. I suppose I have been spoilt by working in industry where large tool room machines were chomping away all day, it seems, without any effort.
This machine came up so I decided to buy it. I knew is was a bit untidy but nothing that could not be fixed. Initial trials proved that indeed this machine could do all I could ever ask of it. It could both 'rip' off large cuts or do fine work. Moving the dials by 1mm or 0.1mm would take of just that, no more, no less. A workshop move around was planned to fit it all in but I thought I would tidy it up first before this. About 7 years ago I stripped down various bits and started to prepare for repainting. This was not to be a nut and bolt restoration as the machine did not need it, it was purely to clean it up. This then got delayed for one reason or another hence it has taken so long. Alas I now need the space for a railway, the workshop has grown another CNC machine, and the BIG UN cannot be fitted in. So its off to the great auction site in the sky, offers accepted.........

Pete King (for Evercreech Junction) I have, at last, finished the branch sidings turnouts. The tandem made me say “bother” a few times! If you look at it it’s quite an elongated affair and the problem was setting it out so that the various check rails and crossings didn’t get too close to one another.

Keith provided an image of the entrance to the yard 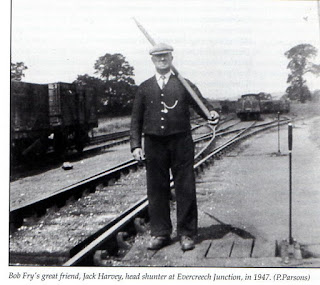 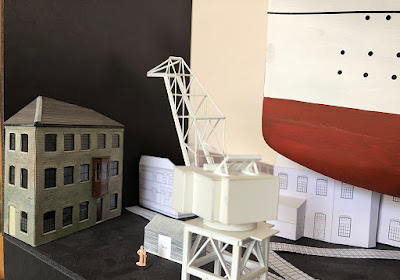 Richard Doust Progress on the shipyard is currently concentrating on the office and workshop buildings, finding out how the different methods of scratch building work - on not! The images are of the main office block - almost there! 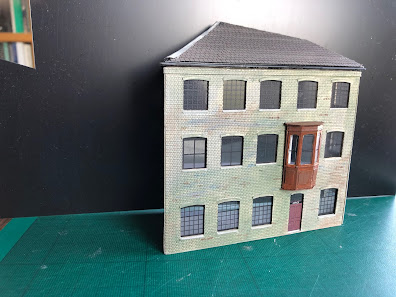 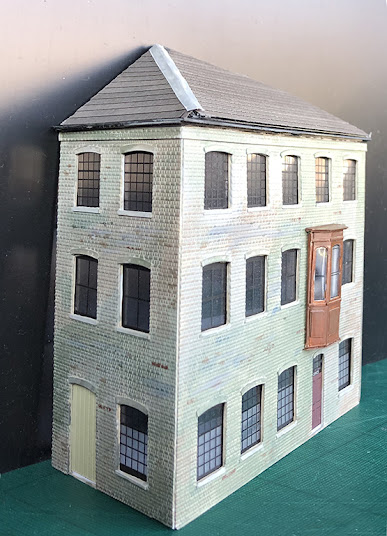 Posted by Lightermans Yard at 12:23