Preparing for next Exhibition - Epsom 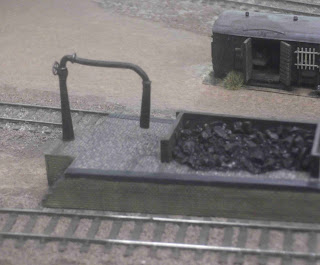 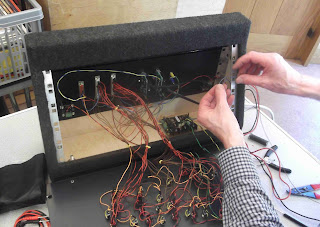 Keith opened up the control panel and added a couple of connectors for the new MERG controllers.

Unfortunately when they were tested, the point motors were all dead, so he had to open it up again, and persuade that connector back into position too. 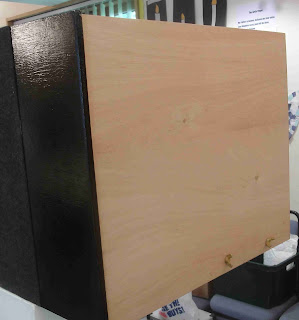 Keith added a solid end to the fiddle yard, for security. 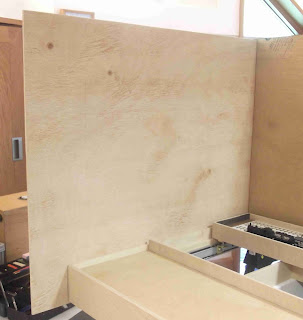 Seen from the operator side.

Extended testing of the trackwork revealed one problem area, probably poor contact from the point microswitch. Track taken home by Keith for some more remedial work.

Scene in the fiddleyard after a brief "banking" trial, where a second jinty had pushed the outgoing train from the rear, then dropped away (the DG coupling at the rear of the brake van being temporarily disabled). It also served as a quick check of fiddleyard capacity - 13 wagons, plus brake van, plus small loco (all the readily available stock). This probably needs cutting to about 10 wagons plus brake van plus large loco to allow the traverser to traverse...

The various layout components were split between the cars of Keith and Pete K, for transport to the Exhibition in a couple of weeks.

Spectators welcome - Epsom, April 22 and 23. Apparently we are staffing the 2FS Roadshow there too, so it should keep us fairly busy.
Posted by David Walley at 12:25