Many thanks to Pete King for organising travel and entrance to the exhibition for the party of four who made the early train from Euston; Pete K, Alan S, Gordon and Richard. On arrival in the Exhibition we met up with our Hon West Country member, Pete Townsend.

Much to Pete K's obvious delight we were confronted with the full size re-build of the GWR 'Betton Grange' locomotive (none of the 80 Grange class survived the torch), many of its parts were savaged from Barry scrapyard, some re-engineered and, for Warley, the boiler borrowed from Cogan Hall (eventually to be replaced by the boiler from Willington Hall). Apparently having undergone so much refurbishment and much new work, 6880, the 81st Grange, will be classified as a new locomotive. 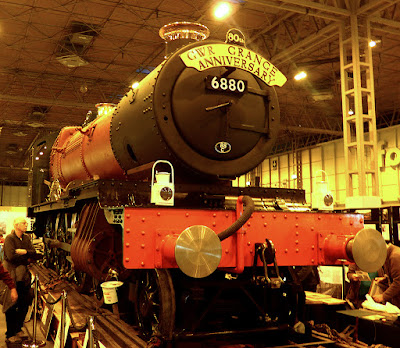 Next stop the 2mm Association stand where an array of demonstration and build activities were taking place. We focused on a demonstration by Mick Simpson of 'scale' sound effects applied to a 2mm diesel loco and DMU unit, their engine noise and horns just audible against the background exhibition 'hu-bub'. Under the demo track 'plank', Mick revealed the use of independent battery and switch operated servos used as point motors wired for both DC and DCC. This is a very neat and cheap solution to a complex part of the construction of some layouts. 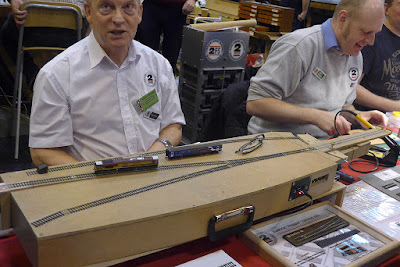 This simple demonstration layout also sported working 'catch points', a 'fiddle yard' extension and 'off the board' train storage at either end. Mick has threatened some 'scenic' additions. 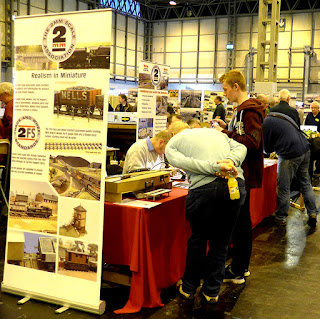 Apart from the stand, the 2mm Association was represented by Copenhagen Fields, with new work on the marshalling yards in evidence. The display always attracts large numbers of spectators, and probably accounts for much of the interest shown in the Association, even conversions and new members. "No it's NOT 'N' gauge!" 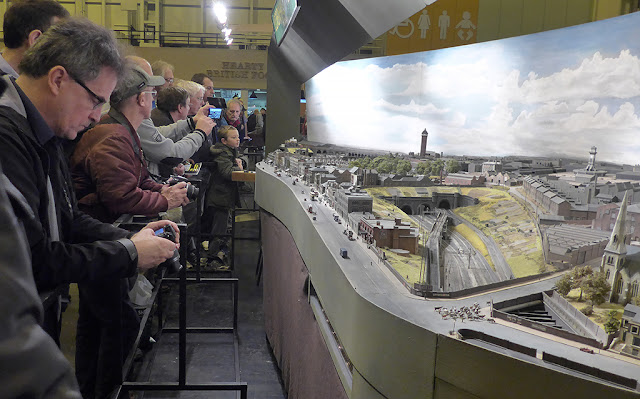 Much of our time at the show was occupied by 'window shopping' with the occasional purchase.

Another treat for Pete K was in the second full size locomotive on show, the narrow gauge Vale of Rheidol No 9 from Aberystwyth. 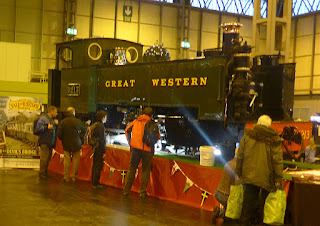 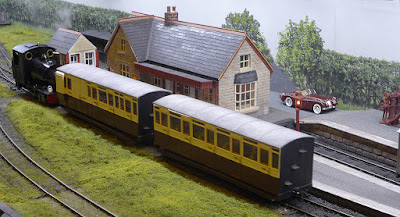 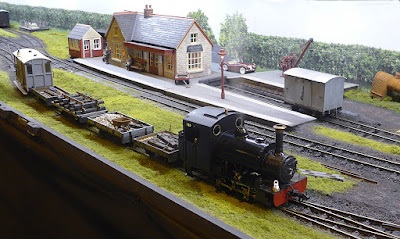 A very satisfactory visit and a sleepy return to Euston on Virgin, thanks Pete. 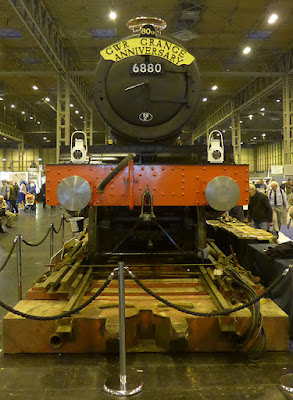 Posted by Lightermans Yard at 08:44