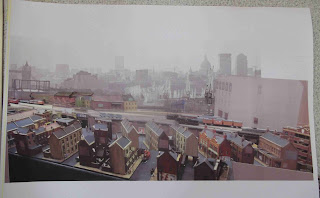 Apart from consumption of suitable festive refreshments, kindly provided by Pete Townsend, most of the meeting was spent discussing the backscene. Richard brought two mockups, combining photos of the layout with a silhouette-style backscene - one in colour and one in black and white. These met with universal approval, though it wasn't clear which of the skyscrapers will need to be removed for the 1960s. 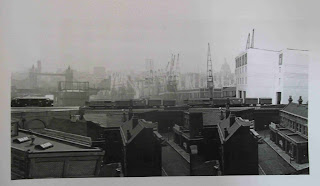 There was much discussion of the right viewing angle, and the consequent adjustments needed (depth of viewing window, depth of backscene), but until heights of operators and spectators are standardised it will be difficult to satisfy all involved. Provisional suggestion is that the top of the viewing window needs to be lowered by 4.5 inches, and the backscene needs to be about 15 inches high.

A couple of pictures from Richard, showing the ongoing track maintenance during earlier meetings: 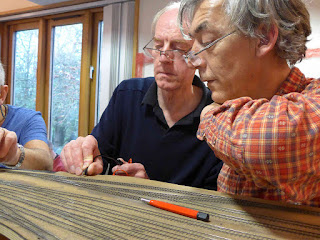 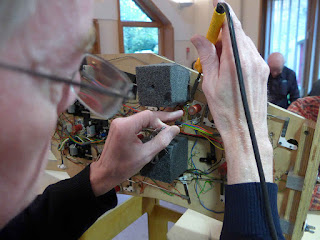